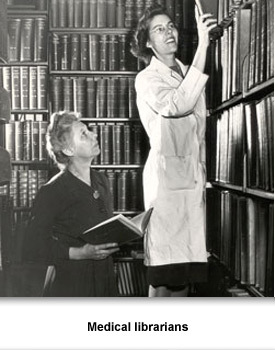 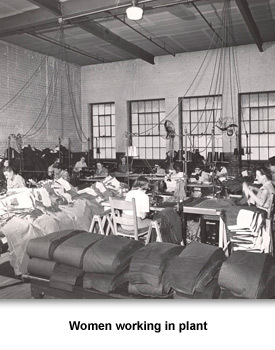 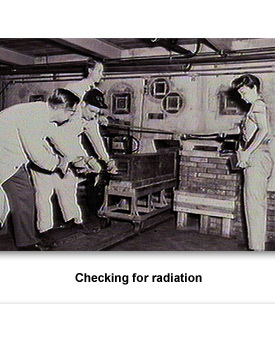 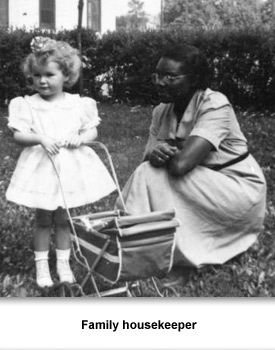 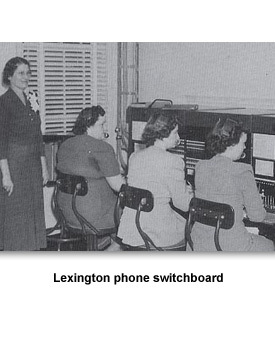 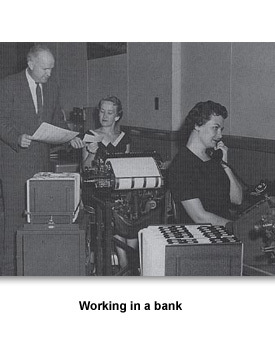 During World War II, many Tennessee women were able to get jobs formerly held by men. As men were drafted or volunteered for the armed forces, businesses were forced to hire women to do their work.
Women worked in defense plants, piloted military planes, drove buses, and worked in factories. Some even joined the military.

After the war, the thousands of returning veterans wanted their jobs back. The government was worried that there would be another economic depression once wartime industries shut down. Women were encouraged to quit work and return to home life or traditional women’s jobs.
Many women wanted to leave the work place and return to the home. The war had gone on for four years. Both men and women were anxious to start living “normal lives.” This included getting married and having children.
Other women had to work to bring in extra money for their families. After the war, women went back to traditional women’s jobs such as secretaries, clerks, waitresses, nurses, and telephone operators. College-educated women often went into teaching. It was difficult for women to get into professional schools for medicine, law, and business.
One woman who fought back when she was refused admission to a professional school was Patricia Hull. She sued Georgia Tech University to enter the PhD program in Engineering in the 1960s. After winning her case, she went on to become the first woman to earn a doctorate degree from the university. She was later hired as a professor at Tennessee State University where she worked for 38 years.
In the workplace, women sometimes faced discrimination. Most people believed that women could not do as good of a job as men could. So even though men and women might do the same job, men were generally paid more money.
Black women were excluded from even these “women’s” jobs. They usually had low-wage jobs, like housekeeping.  Most black women had to remain in the workforce where they brought in extra money for their families. Unlike white women, black women were often expected to work.
By the 1970s, women were becoming more accepted in what used to be a man’s world. There remained many more battles to fight, however. The feminist movement took up many of these challenges and continued the battle for women’s equality.