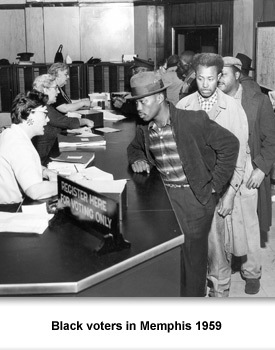 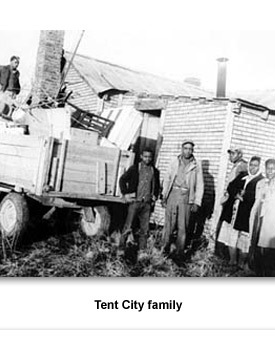 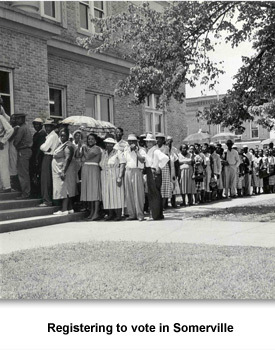 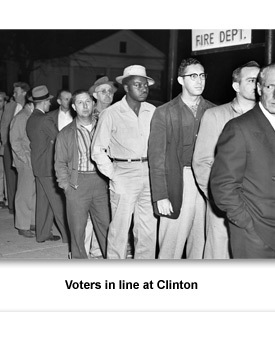 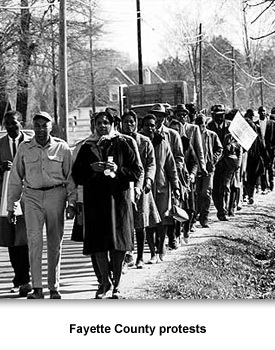 Power of the Vote

In America, there is probably no greater cherished freedom than the right to vote.

Through Jim Crow laws , African Americans were denied that right in many of the southern states. Tennessee, while never as severe as other states, did suppress black vote through laws and local intimidation.
Memphis African Americans turned out to vote because the Edward “Boss” Crump political machine needed their votes to hold power. Crump’s machine would pay poll taxes for blacks, help register new voters, and even provide transportation to the voting polls in return for the blacks agreeing to vote the machine’s ticket.
When the state poll tax was repealed in 1953, activists hoped more African Americans would register to vote. At that time only 29 percent of all eligible black people in the state were registered to vote.
Haywood and Fayette counties
In two counties, Haywood and Fayette, blacks were the majority of the county population, but most were not registered to vote. In Fayette County there were only 17 black registered voters, while in Haywood County there were 420.
This was mainly due to intimidation. The U.S. Commission on Civil Rights, formed in 1957, reported that in Fayette County “when a Negro registers, the sheriff is quickly informed and he…informs the Negro’s landowner or employer. Those who register are soon discharged from their positions and ordered to move from their home. The police arrest them and impose fines.”
Local African Americans in both counties organized local civic and welfare leagues. They started voter registration drives.
Two local African Americans, John McFerren and Harpman Jameson, led a voter registration drive in Fayette County. Both men were World War II veterans and had no trouble registering. But when they started getting other blacks to register, county officials balked.
The Democratic Party announced they were holding a whites only primary in August 1959. Since the Democratic primary winner always won the election in November, African Americans felt they had been shut out of the vote. In November, the federal government filed a lawsuit against the Fayette County Democratic Party charging them with violation of the 1957 Civil Rights Act.
In response to the lawsuit, in April 1960, Fayette County election officials agreed to allow blacks to register and vote. But they only allowed voter registration one day a week, and only had one registrar working. Even so, blacks stood in line for hours in the hot sun waiting to register.
The white leaders were worried about black registration. There were 9,000 blacks in the county compared to 4,600 whites. They didn’t want blacks being elected to county government positions. A list of the black leaders and every black who registered to vote was drawn up and distributed to white business owners and landowners.
If any of the blacks lived on white lands as sharecroppers, they were forced to leave their house and land. If they came into a white-owned store, they were refused service. John McFerren and his wife, Viola, had three young children. He said he had to drive to the next county to buy milk for his children.
Tent Cities
McFerren, along with the other league members, helped organize “tent cities" for black families that had been kicked off out of their homes.  A Quaker group brought quilts and helped build floors for the tents.
As tent cities sprang up along Fayette County highways, others were established in neighboring Haywood County. The tent cities attracted national media. Nashville and Memphis chapters of the National Association for the Advancement of Colored People sent food, clothing, and money to the families.
But even with the national attention, Viola McFerren said , “I was more than afraid. I was downright scared…There were so many threatening calls all though the night.”
Finally the Justice Department intervened, and filed for a temporary injunction against landowners who were evicting African Americans. In July 1962, a decree was filed saying the defendants agreed not to interfere with any person’s right to register and vote.
Students from Cornell University in New York came to Fayette County in the summers of 1964 and 1965 and helped register more than 4,300 blacks.
One man-one vote
A famous Tennessee court case, Baker v. Carr, helped define the power of the vote throughout the country. Charles Baker was a Republican who lived in Shelby County. He filed a lawsuit in 1961 against the Tennessee Secretary of State Joe Carr .
His legal complaint was that even though the Tennessee state constitution required legislative districts be redrawn every ten years, it had not been done since 1901. Since that time more people had moved into the cities, yet the districts did not reflect that population growth. This meant that some rural districts with less people than the urban districts had the same representation.
The court ruled in favor of Baker, requiring Tennessee and other states to re-draw their voting districts due to shifts in population. A subsequent Supreme Court decision issued the one man-one vote standard, meaning each voter should have the same voting power as other voters.
For more information about Baker v. Carr, click here.
For more information about John and Viola McFerren, click here.