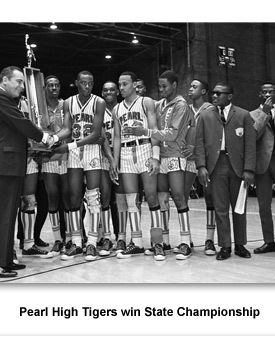 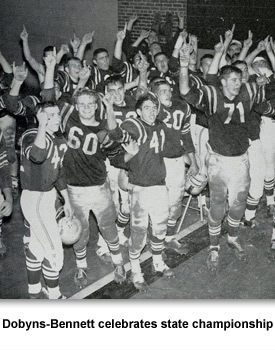 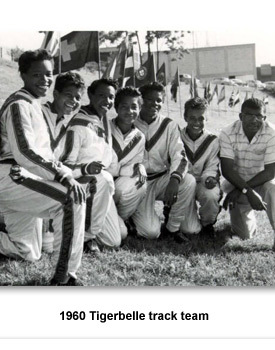 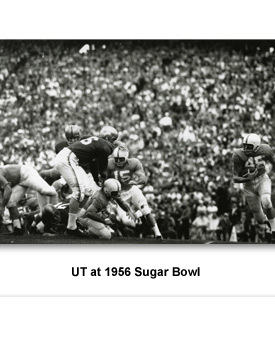 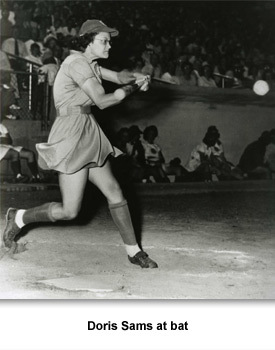 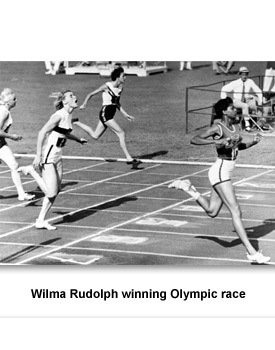 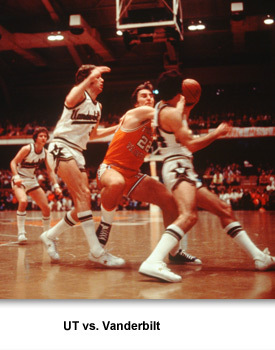 Tennesseans were excited about watching sporting events during this era.  With new technology, they could now listen to the games on the radio or watch them on television.
College football and basketball became extremely popular. Crowds also flocked to minor league baseball parks, like Nashville’s Sulphur Dell, to see teams like the Nashville Vols, the Chattanooga Lookouts, and the Memphis Chicks.
Football
In college sports, fans saw the first ever Southeastern Conference football game on television when the University of Tennessee (U.T.) beat Alabama, 27-13, at Birmingham on October 20, 1951. Later that year, U.T. was the consensus national champion.
Robert Neyland really began the tradition of  U.T. football when he was hired as coach in 1926. He was told that his main job was to beat Vanderbilt, which his teams did. He compiled a 173-31-12 record at U.T. In doing so, he helped turn Tennessee into one of the nation’s best ranked football programs.
Other Tennessee colleges fielded strong football teams, including Memphis State University (now the University of Memphis), Middle Tennessee State University, and Tennessee Tech.
The college with the greatest success in its division was Tennessee A&I, now Tennessee State University (T.S.U.). An all black school which meant it was not allowed to play white-only schools, T.S.U. won national championships in its division in 1946, 1947, 1954, and 1961.
In 1963, John Merritt was hired as the head coach at T.S.U. For the next 20 years, Merritt’s teams produced six national division championships and four black college football titles. When Merritt resigned in 1983, his record was 172-33-7.  For more information on Merritt, click here.
Track & Field
Tennessee State University under the direction of Coach Ed Temple became renowned in producing champions in track and field during this time. One of his athletes, Clarksville native Wilma Rudolph, became the first woman to win three gold medals in the Olympics during the 1960 games.
In fact, Rudolph was not the only member of T.S.U.’s Tigerbelles track team to win medals in the Olympics. The team produced a string of champions including Lucinda Williams, Wyomia Tyus, and others during the 1950s and 1960s. Coach Temple said he was so happy, he “was busting all the buttons off my shirt.”

The women were not the only T.S.U. students winning medals at the 1960 Olympics.   Ralph Boston won the gold medal in the long jump, breaking Jesse Owens' 25-year-old record.  Boston also won a silver medal in the 1964 Olympics and a bronze in the 1968 one.

Basketball
College basketball was popular during this time. Ray Mears’s teams at Tennessee had a record of 278-112 from 1962 to 1978 and won Southeastern Conference titles in 1967, 1972, and 1977. Mears coached Ernie Grunfeld and Bernard King in the mid-1970s.  Local fans found their play so entertaining they called it the "Ernie and Bernie show." King went on to become an NBA All-Star. Grunfeld also played in the NBA.
Memphis State University basketball teams became a powerhouse during the 1970s. In the 1972-73 campaign, the Tigers reached the NCAA tournament finals for the first time in their history, losing to the U.C.L.A. Bruins.  Larry Finch led the Tigers in the tournament. He returned to the school as a coach, and was head coach from 1986 until 1997.
Tennessee State University also had much success with its basketball teams.  Dick Barnett (1955-1959) was probably the best player in their history and is still the all-time leading scorer at the school. The Tigers won three NAIA National Basketball Championships. Barnett was named a 1957 All American, the first African American to receive the honor. Barnett went on to play professional basketball. He was a member of the New York Knicks team which won two national championships.
College and professional sporting events were not the only ones important to Tennesseans. Little League baseball and football teams could be found across the state, and high school sports drew large numbers of fans.
Before the 1960s, these leagues were segregated, but in 1966, Nashville’s Pearl High School won the first integrated state championship.  Perry Wallace , who starred on that team, became the first black basketball player in the Southeastern Conference, enrolling at Vanderbilt University that same year.
At away games, “you could really hear the catcalls and threats and racial epithets,” Wallace recalled. However, by the 1970s, integrated teams were a common sight throughout the state.
Read about other Tennessee sports heroes during this time.