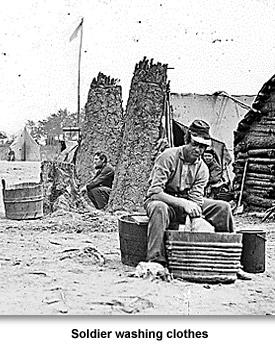 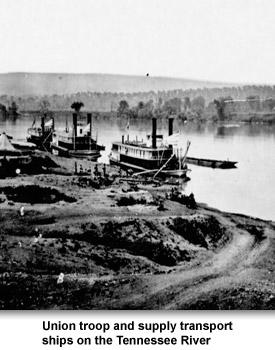 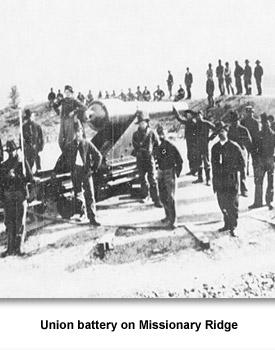 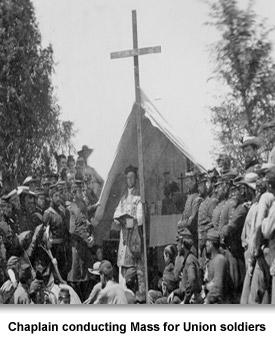 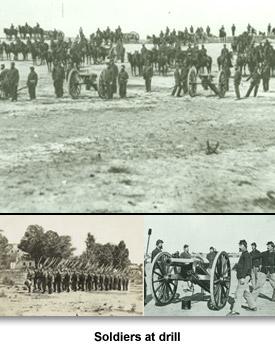 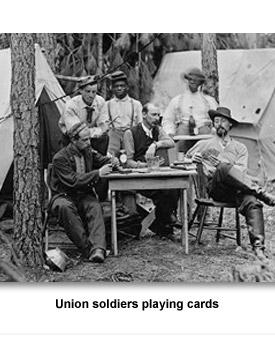 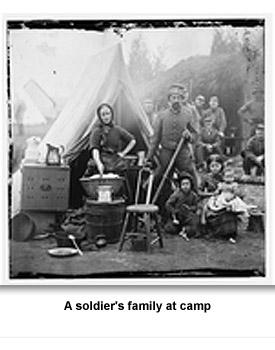 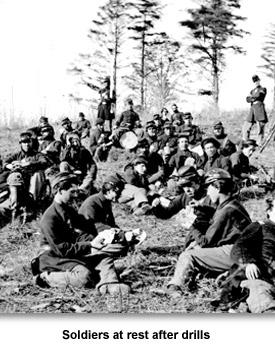 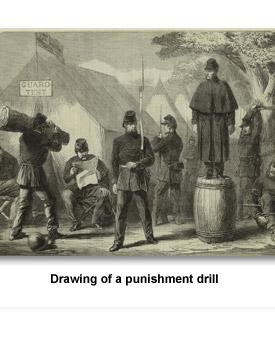 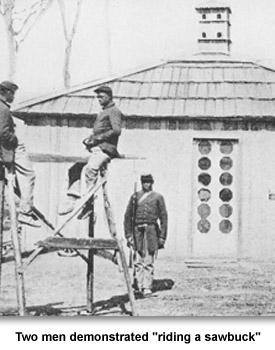 Hurry up and wait
During the Civil War, soldiers did not fight every day.  In fact, they could go weeks at a time without seeing any action.  Much of their time was spent marching or practicing drills.  New recruits would spend lots of time on drills as there were more than 90 commands to learn.   See some Examples of commands.

The typical day started before the sun came up. After roll call and breakfast, they would drill until lunch, eat, and then drill until about four or five.

Soldiers would then have free time or fatigue duty before lights out. Fatigue duty consisted of cutting and gathering wood, foraging for food, digging pits for company sinks (latrines), feeding and watering horses and mules (for cavalry, artillery and commissary wagons), walking picket duty, or standing on sentinel duty (watch).  Sam Watkins description of standing watch.

During their free time soldiers often read or wrote letters, played games like chuck-a-luck, cards, and checkers, or slept.

Bathing was not a daily activity. By regulation they were only required to wash hands and face for inspection. Whatever else they wanted to wash was up to them. Often soldiers only had cold water from a river so no one washed much.

The smell of the dirty men was not nearly as bad as the lice they attracted. If one man got lice then all men tended to have lice. From officers to enlisted ranks all soldiers scratched, plucked, and picked lice from their clothes, hats, and bodies.

Camps restricted soldiers' freedom of movement.  This irritated men used to coming and going when they wanted.  Instead, the soldiers dis-cover-ed that they needed a signed pass in order to leave camp. Pickets (guards) were placed around the edges of camp to keep soldiers inside the camp as well as the enemy out of the camp.

Punishment
There was a natural conflict between officers and enlisted men.  Many of the officers were formally trained military men or were men of wealth and standing.  In either case, they felt orders should be immediately and completely obeyed.  Most of the enlisted men were not professional military soldiers, and often felt they could disobey an officer’s order that they felt was unnecessary, especially if they were not in battle.

Many men saw nothing wrong with going off on their own during a march to look for food and extra provisions.   This was called straggling and was often followed by punishment.  Lesser punishments included confinement in the guardhouse (much like a jail), wearing a ball and chain, performing hard labor, forfeiting pay, or physical punishment such as riding a rail or bucking and gagging.

Rations
Both Federal and Confederate armies set standards for the average daily rations (food) for their soldiers.  Many times rations were insufficient or never delivered to the troops.

These rations were not adequate or nutritious, (there is no milk, fresh greens, yellow vegetables, or fruits), so, at times, soldiers supplemented their own rations by foraging .  For a list of average rations during the Civil War, click here.