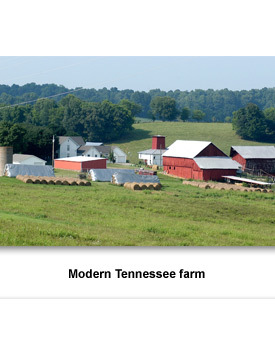 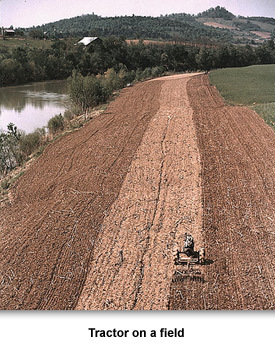 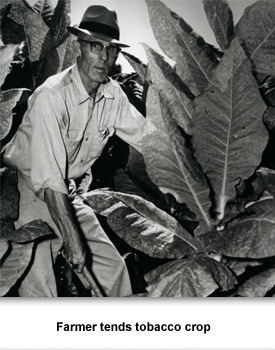 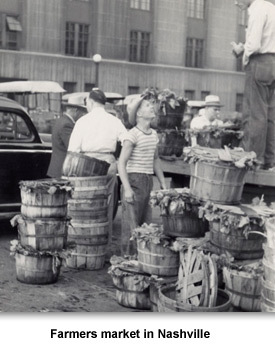 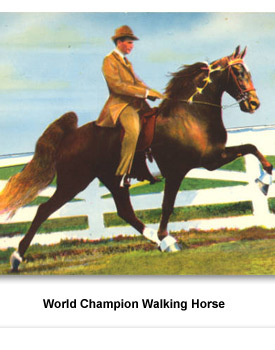 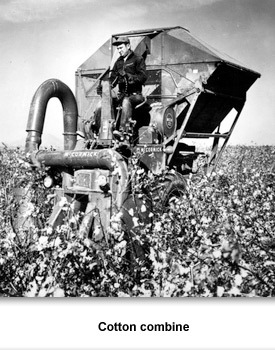 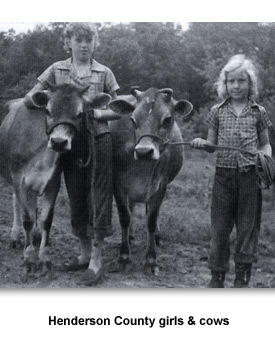 Tennessee farming was drastically changed by the U.S. government involvement during the Great Depression and by technological changes after World War II.
These changes included having the government pay farmers to reduce the amount of land they planted in order to stabilize crop prices.

Dig Deeper: How did paying farmers to plant less crops help the farmer?
Tobacco was a major crop in Middle and East Tennessee. Tobacco farmers signed up for the government quotas , grew less tobacco, and made more money. In West Tennessee farmers limited the amount of cotton they grew with the same result.
Unfortunately this federal policy hurt sharecroppers and tenant farmers. When the farm owner didn’t plant as many fields, he didn’t need as many workers. Many sharecroppers and tenant farmers were let go without much warning. When the subsidy checks arrived, the landowners kept the money.
After World War II, many small farms in Tennessee were replaced by large-scale commercial operations called agribusinesses. Farmers who could afford to mechanize their operations were able to keep their farms, but many couldn’t afford to purchase expensive new equipment. Tenant farming and sharecropping began to drop off dramatically.
Tennessee had nearly 235,000 farms in 1945. By 1969, there were only 122,000 farms. However, because of mechanization, production from farms rose during the same period. For example, there were around 12,000 tractors in the state in 1940, but by 1960, there were more than 100,000.
Small farms did not disappear completely; however, they often became a secondary income for their owners. That meant that a small farmer had to find some other form of employment to make ends meet. Often, smaller farmers would sell out completely to a large company and move to cities to find work.
Cotton and corn growing began to decline, replaced by soybeans, dairy cattle, and burley tobacco as the primary farm crops in the state.
By 1960, Tennessee had more people living in urban than rural areas, and cities began to encroach on the surrounding countryside. Even though many areas continued to celebrate rural roots through annual festivals like Columbia’s Mule Day, Tennessee could no longer be described as an agricultural state.

For a short history about mules in Tennessee, click here for the Tennessee State Library and Archives online exhibit.

Two Henderson County girls show off the their cows in this undated photograph.  Children still helped with farm chores during this era.  The girls are Martha (left) and Madge McPeake.  Published in the 2005 Henderson County, Tennessee Connections: A Pictorial History by Brenda Kirk Fiddler, photograph courtesy of Martha McPeake Johnson