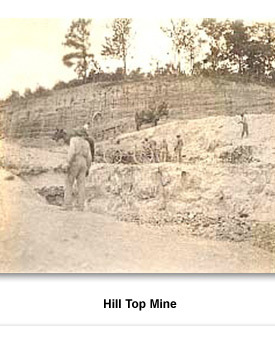 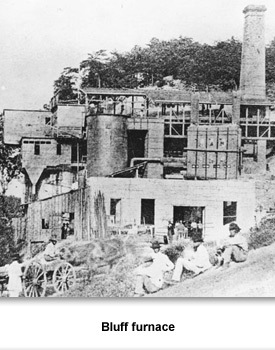 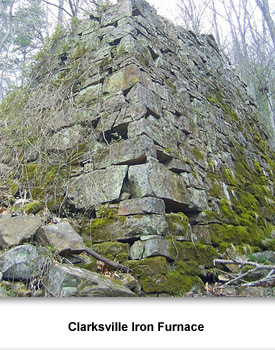 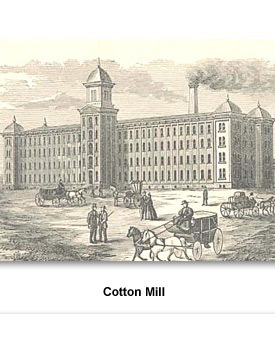 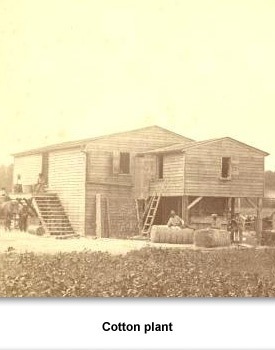 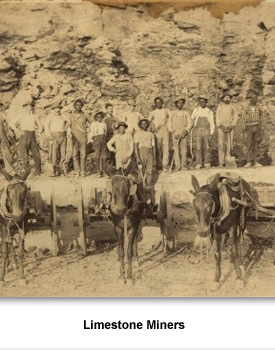 Before the 1860s, few Tennesseans were interested in developing industries. The state’s economy remained focused largely on agriculture.
This was due in part to many peoples’ belief that a society based on farming was inherently better than one based on industry. Like Thomas Jefferson, many Tennesseans valued communities based on independent, land-owning farmers.
Many of the goods that were manufactured in Tennessee during these years were produced in small shops with only a few workers. Businesses like this included neighborhood blacksmith shops, tanneries, grist mills, and lumber mills. These businesses mainly served people in their local communities.
Some of these businesses were family ones. Andrew Lafever had learned the pottery trade before moving to Dekalb County in 1828. He set up a shop that manufactured stoneware. Five of his six sons and his son-in-law also became potters.
Some towns developed specialized businesses. In 1854, John C. Spence started a factory to produce cedar buckets in Murfreesboro. He described his business as
The first of the kind in the county…In full operation, requiring men and boys, from twelve to fifteen hands, with capacity turning out two hundred cedar buckets per day. The price for making iron hoop about twenty cents. This rate, it was a paying business.
A few larger industries did begin to grow during these years. The largest industries, after agriculture, included grist and flour milling, lumber production, and iron production.
Flour milling involved taking wheat and turning it into flour using large mill stones. Lumber production took tree trunks and produced wooden boards and planks. More than 600 people worked at plants that processed tobacco for sale. About 800 worked in both mining and railroad equipment construction. Almost 900 people worked at cotton mills.
The largest industry was iron production, mostly located in areas west of Nashville including Stewart and Decatur counties. These counties had the large iron ore deposits needed to produce iron.
Iron production took place on “plantations.” These plantations usually had all the necessary materials—limestone rock, timber, coal, iron ore, and water power—nearby. The plantations were communities with hundreds of workers, including blacks and whites, although most of the blacks were slaves.
Most of these furnaces produced pig iron, which would be used in machinery, kitchen supplies, and building materials. Some people built iron forges which could reach higher temperatures, thus producing a better quality iron.
In the 1850s Tennessee was the largest iron-producing state in the South. The plants employed more than 1700 workers. However, new technology after the Civil War made the existing Tennessee iron-making industry obsolete, and owners didn’t have the money to build new plants. Today only a few ruins of the iron furnaces still exist as historic sites.


Age of Jackson >>  Tennessee's People >>  How They Worked >>  Early Industry