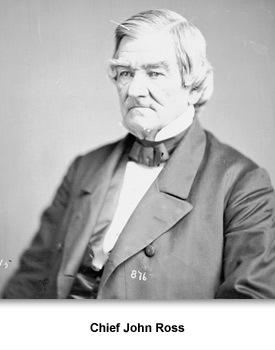 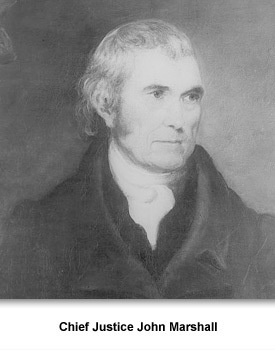 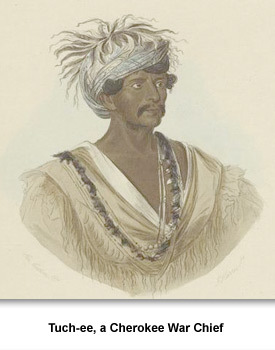 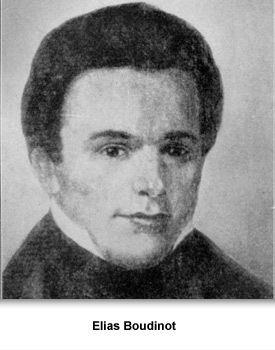 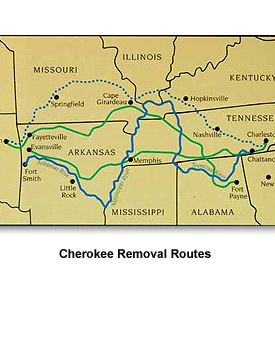 American Indian land in the eastern part of the United States began to shrink as the white settlers spread out in search of more and more land.
As they moved into Indian territory, treaties would be made with the Indians that resulted in the Indians losing land. Eventually in Tennessee, Chickasaws lived in a small section of land around Memphis while Cherokees occupied land around Chattanooga.
As early as 1802, President Thomas Jefferson’s administration had made a pact with the state of Georgia that mentioned removing Indians west of the Mississippi. In return for Georgia ceding western lands (which became Alabama and Mississippi) to the United States, the U.S. would obtain titles to Indian lands within the state “as early as the same can be peacefully obtained upon reasonable terms.”
Afterwards, the U.S. representative attempted to bribe the Cherokee leaders, including John Ross, with $12,000 to influence Indians to leave. They refused. Then, President James Monroe refused to remove the Indians, because he said that the compact stipulated that it must be done peacefully.
In 1828, John Ross became principal chief of the Nation. Ominously, it was the same year that Tennessean Andrew Jackson won the presidential election. Jackson believed that Indians and whites could not live together peacefully, and the Indians had to be removed for their own safety. Jackson was also outraged that the Cherokee had declared themselves a nation within the boundaries of the United States.
Jackson, in his first message to Congress, announced his intention to pass a bill for removal of all southeastern tribes to land west of the Mississippi River. At that time there were probably 60,000 Indians living in the area, including Cherokee, Choctaw, Creek, Chickasaw, and Seminole tribes.
The Removal Act was ratified in the U.S. Senate by one vote in 1830. The state of Georgia immediately passed laws confiscating Cherokee land and outlawing meetings of the Cherokee legislature.
Other tribes, through bribery or pressure, were forced into signing treaties ceding their lands to the U.S. government. The Cherokees did not. Instead, they decided to contest the Georgia laws through the U.S. courts.
Finally, the U.S. Supreme Court heard the case in 1832. Chief Justice John Marshall ruled that Georgia could not pass laws governing the Cherokees. When told this, Andrew Jackson supposedly said, “John Marshall has rendered his decision; now let him enforce it.” Dig Deeper: Was this legal?
In 1833, Georgia held a lottery for Cherokee land. White settlers entered to win land and livestock owned by Cherokees. When John Ross returned home from Washington D.C., he dis-cover-ed his wife and children living in only two rooms of their home. The rest of his house, outbuildings, livestock and land had been taken over by lottery winners.
Some Cherokees, led by Major Ridge, now thought that removal was inevitable. They wanted to bargain with the federal government for lands in the West.
In December 1835, Major Ridge along with his son, John Ridge, and Elias Boudinot signed the Treaty of New Echota. This treaty provided that all Cherokees would have to move west by 1838. In return they would receive $5 million.
Many Cherokees did not support this treaty. Both Ridges and Boudinot were later killed on the same day in 1839 by unknown assailants. It is thought they were killed for in retaliation for giving up tribal land.
However, the federal government forced the Cherokees to honor the treaty. In 1838 Major General Winfield Scott was put in charge of removing the Cherokee from Tennessee, North Carolina, Georgia, and Alabama. Only a few Cherokees were able to escape removal by hiding in the Great Smoky Mountains. Many of their descendants still live in the area today, and are known as the Eastern Band.