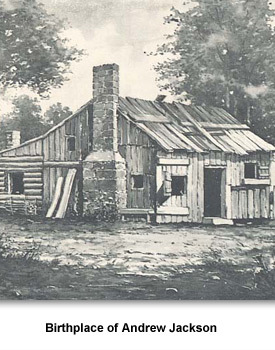 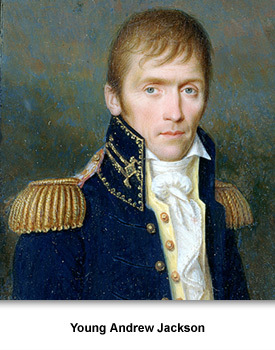 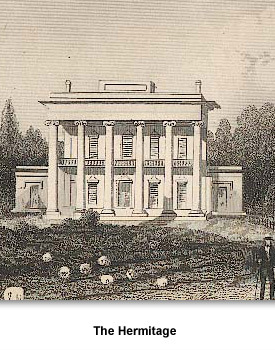 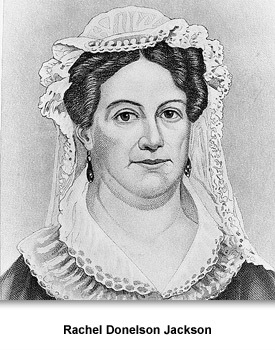 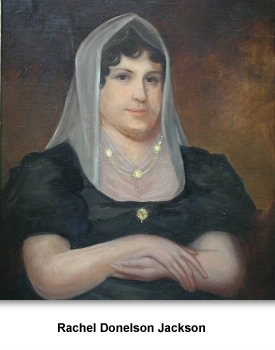 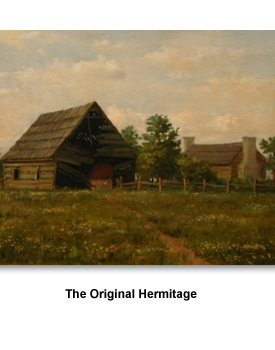 Andrew Jackson was born the son of a poor family trying to make a living on the frontier in western South Carolina. By the time he was 15, Jackson’s entire family had died, leaving him an orphan.
His father died shortly before Andrew’s birth in 1767. His oldest brother, Hugh, died while serving with the Revolutionary Army. Andrew and his other brother, Robert, fought with irregular units . Both contracted smallpox while prisoners of the British, and Robert died. Jackson’s mother also got sick during this time and died.
As a young man, Jackson inherited a little money. He left his relatives and went to Charleston, South Carolina. He wasted his money on things like fancy clothes, horse races, and whiskey. Poor once again, Jackson decided he had better find a good job.
Jackson learned how to be a lawyer by working for other lawyers and studying law books. Eventually, young Jackson set out for the dangerous and wild Middle Tennessee frontier to make his fortune.
In Nashville, Jackson prospered. He made friends with important and powerful politicians. He made good money as a lawyer. Jackson also did well in land speculation—buying land and then reselling it for a higher price.
There he also fell in love with Rachel Donelson Robards, the daughter of one of the most prominent Middle Tennessee families. They had a big problem though—Rachel was already married to another man.
Many questions remain about the exact circumstances of Andrew and Rachel’s marriage. They claimed to have been married in 1791, apparently believing that Rachel’s husband had divorced her. This turned out not to be true.

At this time, divorces were very hard to get, and it was dis-cover-ed that Rachel was still married to her first husband. Andrew and Rachel had to get married again after her divorce became final. This situation caused a great scandal which would haunt the Jacksons for the rest of their lives.
Jackson became a leader in state politics and a successful planter with a large farm called the Hermitage. He also became known for having a hot temper and fighting in duels.
Read about Jackson’s duel with Charles Dickinson.
Jackson was elected at age 29 to be Tennessee’s very first U.S. Representative in Congress. However, what Jackson really wanted was to be a military hero.  That would come later.