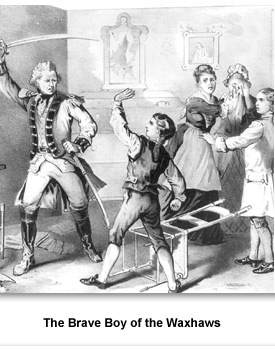 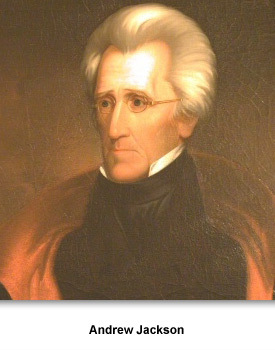 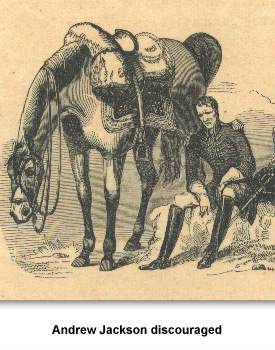 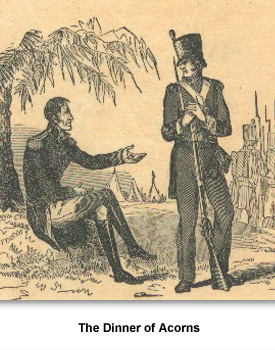 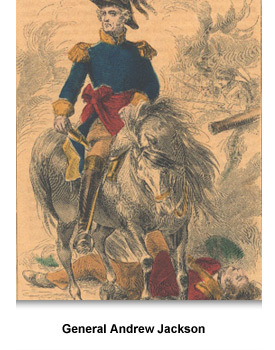 Jackson became familiar with the military at an early age. With his mother’s encouragement, he participated in local militia drills and exercises. He fought in his first battle at the age of 13 at the Battle of Hanging Rock during the American Revolutionary War.
After moving to Nashville, Jackson worked as a lawyer. He then ran for public office and served as Tennessee’s first U.S. Representative. Jackson was elected to a six-year term to the U.S. Senate, but he didn’t like being a senator and resigned after serving in one session.
Shortly after his return from Washington, Jackson was elected as a judge on the state supreme court. Jackson was also elected major general of the state militia. Jackson joined investors in founding several towns, including Memphis. Jackson did very well with his land speculations and became a fairly rich man.
When Congress declared war against Great Britain in 1812, Jackson immediately volunteered to lead a group of Tennessee militia. Jackson took a unit of more than 2,000 volunteers to Mississippi. There he received orders to dismiss his troops. They were not needed.
Jackson was angry and astonished. He was angry that the U.S. government had dismissed his troops without letting them fight. He was astonished that his soldiers were expected to go home by themselves through Indian country where they could be attacked.
Jackson decided he would lead them back to Tennessee as a unit. During this long and difficult trip, Jackson earned the respect and loyalty of his men. He stayed with them, sharing their tents and food. He ordered his officers to give up their horses to sick men, and he also gave up his horse.
Jackson was everywhere, cheering his men on. His men gave him a nickname—Old Hickory. They said he was tough like a hickory stick. He would bend but not break. The nickname stuck with Jackson his entire life. Today there is a community in Tennessee named Old Hickory, along with roads and businesses.