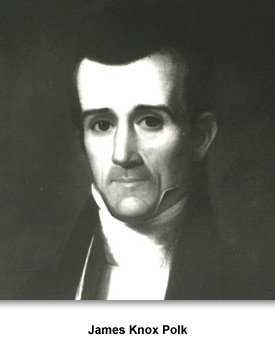 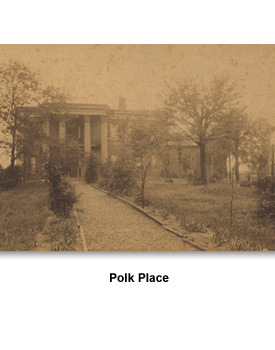 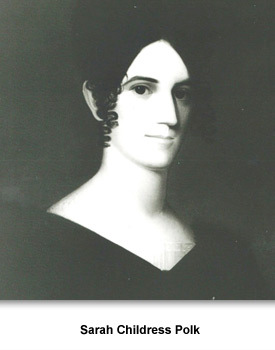 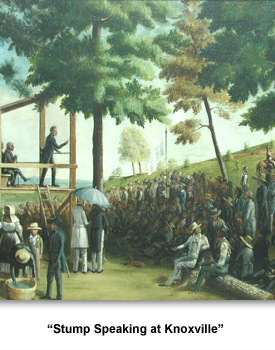 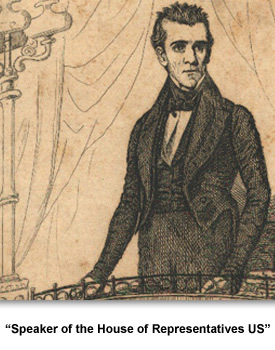 James K. Polk was born in 1795 on the frontier in western North Carolina. When he was 11, Polk’s family moved to Columbia, Tennessee.
Polk suffered from a painful gallstone condition. He was often sick and was not as strong as many other boys his age. In 1812, his father took him to see Dr. Ephraim McDowell in Kentucky.

Dr. McDowell was renowned for his surgical skill. Polk endured an operation to correct his gallstone problem. At this time, doctors operated on patients without any anesthesia, so Polk was awake during the operation. It was successful and cured his medical condition.
The Polks were wealthy so James attended a private school in Murfreesboro. Polk then went to the University of North Carolina at Chapel Hill. He was an excellent student, and enjoyed participating in debate clubs.
After college, Polk trained as a lawyer, but his main interest was politics. He married Sarah Childress Polk of Murfreesboro, and they settled down in Columbia.
In 1822, Polk began his political career by running for and winning a seat in the state legislature. Polk was a Jacksonian Democrat. This meant that he supported the policies of Andrew Jackson. He was also Jackson’s personal friend. Polk was called “Young Hickory” in honor of his mentor Andrew Jackson who was known as “Old Hickory.”
By 1825, Polk was ready to move to the national scene. With the help of Jackson’s friends, he was elected one of the U.S. representatives from Tennessee. During the next 14 years, Polk rose to national prominence in Washington D.C., learning to be an even better politician.
Polk was elected by his fellow congressmen as speaker of the U.S. House of Representatives in 1835. He was seen as a good strategist who used strong tactics to keep control of the House. In this way, Polk could make sure that the laws that President Andrew Jackson wanted were passed.
The presidential election of 1836 divided state Democrats as Hugh White won the majority of Tennessee votes over Jackson’s hand-picked successor, Martin Van Buren. But Van Buren won the election.
With Jackson ill, Polk became the leader of the Democratic Party in the state. He was encouraged to return to the state and run for governor. With the possibility that the Whigs could win enough seats in Congress to depose him as speaker, Polk decided to come back to Tennessee. He ran for and was elected governor in 1839.
In running for re-election in 1843, Polk came up against James Jones, whose nickname was “Lean Jimmy (he was tall and very thin). During the 1843 campaign, the two candidates would often campaign together and their combined speeches and rebuttals lasted hours.
Dig Deeper: What were election campaigns like during this time?
Even though Polk failed to win this particular election, he remained a respected leader in the Tennessee Democratic Party and, as it turns out, also in the national Democratic Party.
Polk, who had been a politician for 20 years, was suddenly unemployed. He tried running his plantation, and also resumed his law practice. He wasn’t very successful at either. What Polk really wanted to do was re-enter politics.
He would have that opportunity in the presidential election of 1844.