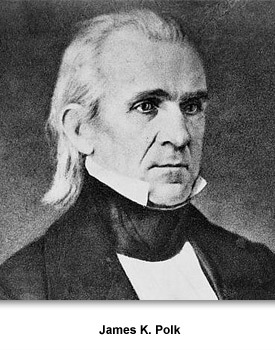 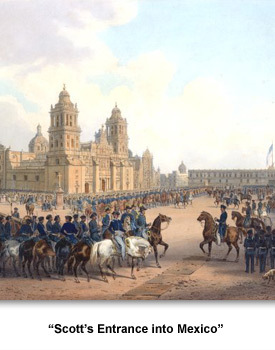 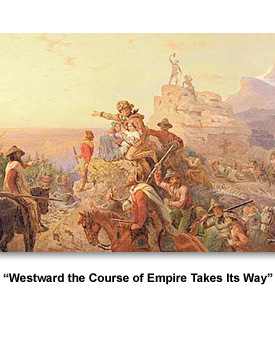 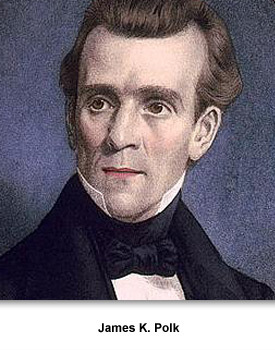 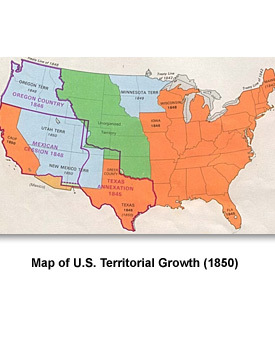 The Mexican-American War began in 1846 over the boundaries of Texas.

James K. Polk had campaigned for president promising to annex Texas, meaning to make it part of the United States. Texas at this time had won its independence from Mexico, but its leaders wanted to become part of the U.S.
Texas was admitted to the U.S. in 1845. The state claimed its border with Mexico was the Rio Grande River. Mexico claimed the border was the Nueces River, which would mean Texas was significantly smaller. Out of this relatively small dispute came a war with far-reaching consequences.
President Polk believed that the United States had a manifest destiny to extend its territory all the way across the continent from the Atlantic Ocean to the Pacific Ocean. To further this goal, he wanted to acquire the rich California territory owned by Mexico.
Dig Deeper: What was manifest destiny?
He also wanted to settle an ongoing disagreement with Great Britain about the border between the United States and Canada in the Oregon Territory (present-day states of Oregon and Washington).
Polk pushed Great Britain so hard about this issue that some people in both nations feared it would cause a war. The British and United States governments finally agreed on a boundary for the Oregon territory at the 49th parallel.
Polk showed his determination to settle the boundary dispute with Mexico over Texas. He sent U.S. troops to occupy the land between the Nueces and Rio Grande Rivers.
However, Polk did make an effort to resolve the boundary disagreement with Mexico peacefully. The United States government offered to purchase the disputed area in Texas, California, and the New Mexico Territory that included much of the present-day American southwest. Mexico refused to even discuss Polk’s offer and rejected Polk’s representative John Slidell.
Polk began making preparations to ask Congress to declare war on Mexico. Before he could ask for a vote, Mexican soldiers attacked the U.S. troops stationed at the Rio Grande River. After this, Congress quickly approved the war.
American forces led by General Zachary Taylor and General Winfield Scott were successful. Taylor’s army defeated the Mexican troops in the northern part of Mexico. Scott’s soldiers captured Mexico City in the center of the country. Americans also gained control in California.
The war lasted only a little more than one year. However, it brought great change to the United States. California and much of the current United States’ southwest (states like Arizona and New Mexico) were added to the nation’s territory.
Many Americans were excited by this victory which expanded the country. However, the question of whether or not slavery would be allowed in these new lands became a major issue in American politics. This new land further divided Americans in the South and North over slavery.
For more information about the Mexican War, click here.