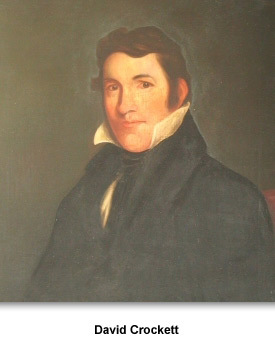 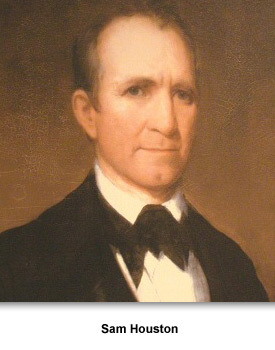 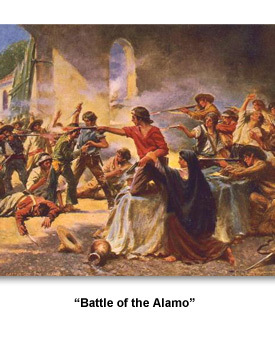 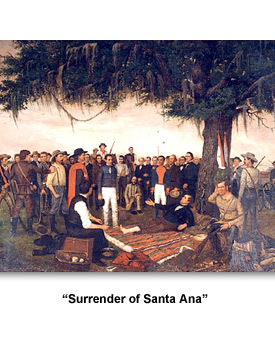 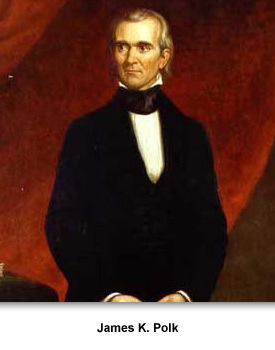 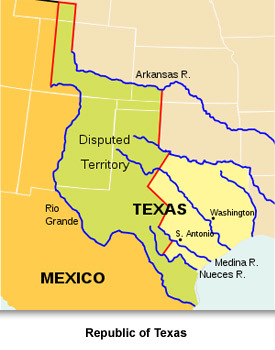 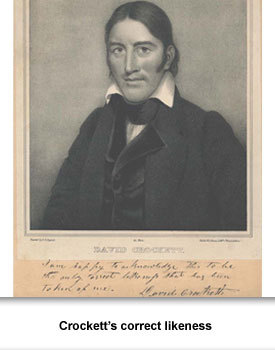 During the early 1800s, Tennessee and Texas had many key ties. Some of the most important early Texas leaders and legendary figures moved there from Tennessee.

Sam Houston was a prominent Tennessee Democratic politician. He was one of Andrew Jackson’s political allies. Houston was elected governor of Tennessee in 1827.

In 1829, he married a much younger woman named Eliza Allen. She was a member of a wealthy and powerful Middle Tennessee family. Eliza left Sam Houston after only a few months of marriage. This created a great scandal. Houston quickly resigned his office and fled the state, eventually settling in Texas.

When Crockett was defeated for re-election to the U.S. House of Representatives, he declared that he was moving to Texas. He was there searching for a new home for his family when he became caught up in the Texas Revolution.

During the Texas Revolutionary War, both Houston and Crockett fought for the Texans’ cause. One of the most famous events of this conflict was the battle at the Alamo. One of the Texas fighters defending the Alamo was David Crockett. He died as a result of this battle.

Houston helped lead the new republic’s fight against the Mexican army. At the Battle of San Jacinto, Houston’s men defeated the Mexican troops and captured General Antonio Lopez de Santa Anna. When the war ended, Houston was chosen as the first president of the Republic of Texas.

One of the biggest issues during the presidential campaign of 1844 was Texas joining the United States. Tennessean Democrat James K. Polk’s main competitor for the presidency was Whig Henry Clay. Polk strongly favored annexing Texas while Clay did not. This helped Polk win the election.

Polk also proved willing to fight against Mexico in part to defend Texas’s claim that its boundary extended to the Rio Grande River. The Mexico refused to accept this, and in 1846 the two nations went to war.

Read selections from the diary of a Tennessean who served in the Republic of Texas army.