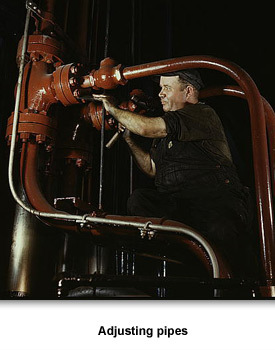 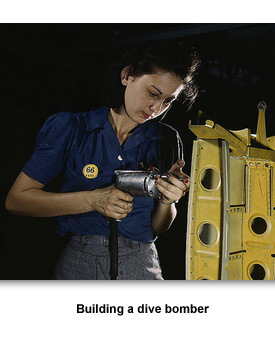 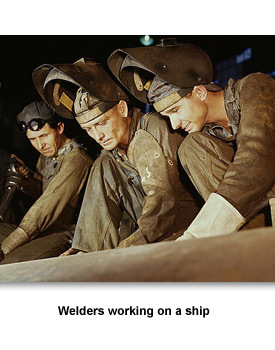 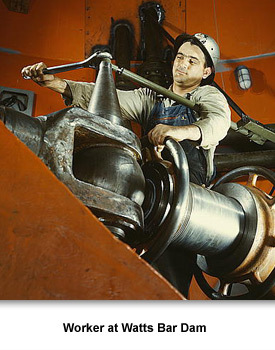 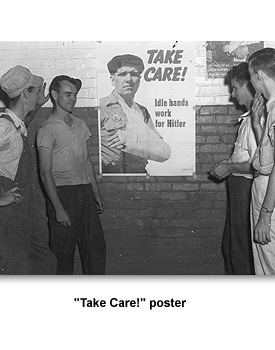 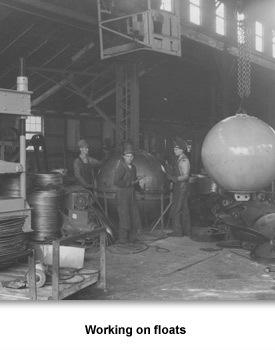 Tennessee companies made many important products for the U.S. military during World War II.
Businesses in Tennessee received more than one billion dollars in contracts for military supplies from 1940 to 1945. Although Tennessee industries did not experience as much growth as in some other parts of the nation, war production provided the state economy with a much needed boost.
In Memphis, major companies changed their product lines to meet wartime demand. At the Firestone plant, workers accustomed to making car tires changed to producing life rafts and tires for military vehicles.
During much of the war, the Ford plant in Memphis produced parts for airplanes instead of cars. Other Memphis firms provided products like chemicals, explosive shells, and medicines.
Tennessee played an important role in producing weapons. The massive Holston Ordnance Works plant was located near Kingsport. In this factory, workers produced a very dangerous explosive called Research Development Explosive or RDX.
The Milan Ordnance Center in West Tennessee employed around 11,000 people who produced a variety of shell ammunition, boosters, and fuses, and operated an ammonium nitrate plant.
A secret city in East Tennessee, Oak Ridge, produced material for nuclear bombs. Most Tennesseans didn't know it existed until after the atomic bombs were dropped on Japan in 1945.
During the war, Nashville became an important center for military aircraft production. In 1940, a new, very large airplane factory was constructed in Nashville. During the war, Vultee made planes for both Great Britain and the United States. They built both fighter and bomber airplanes.
Vultee received orders for more than $142 million worth of planes during the war. This business also quickly made them the largest industrial employer in Middle Tennessee, as employment climbed from 900 in 1941 to more than 7,000 in 1943.