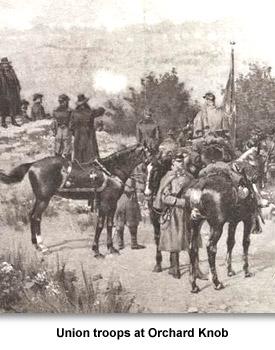 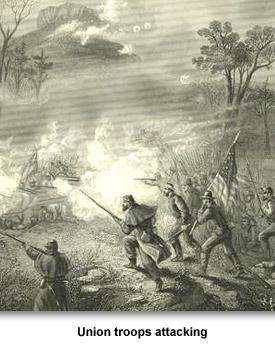 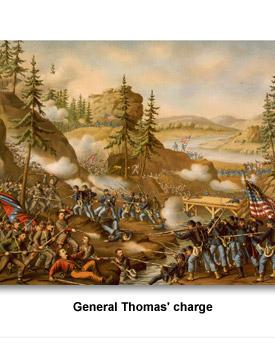 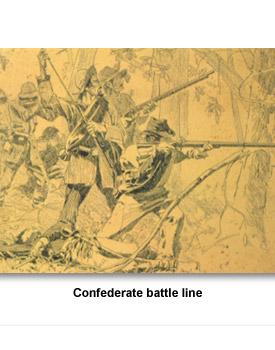 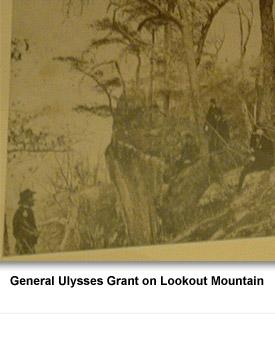 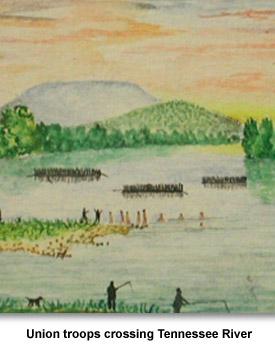 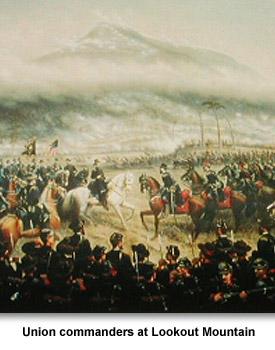 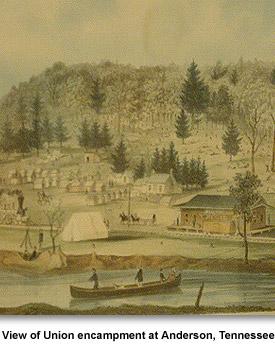 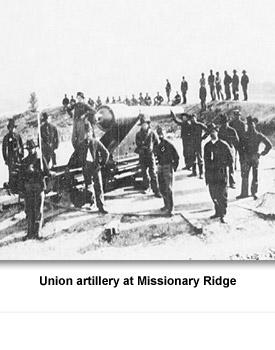 In August 1863, the Confederate army led by General Braxton Bragg held Chattanooga .  Chattanooga was an important railroad center that had rail tracks leading in many different directions.

The Union army decided to capture the town so they could use it as a supply base for invading other southern states.

The town sat nestled in the East Tennessee mountains, and the mountains made it hard for the Union army to attack Chattanooga.  Imagine how difficult it would be to get thousands of soldiers, cannons, and wagons up and down mountains and through narrow passes.

The two armies met south of Chattanooga in Georgia.  In the Battle of Chickamauga on September 19 and 20, 1863, the Confederates defeated the Union army.

The Union soldiers retreated back into Chattanooga.  General George Thomas earned the nickname "The Rock of Chickamauga" by holding the Confederates troops off so the remaining Union troops could reach Chattanooga.

The Confederates surrounded the city, and the federal troops became increasingly desperate for supplies such as food.

President Abraham Lincoln replaced Rosecrans as commander because Lincoln thought he performed poorly during and after Chickamauga.  General Ulysses S. Grant was put in charge of the Union troops.

On November 24, the Union army attacked the Confederate army and drove the Confederates from their position on top of Lookout Mountain.  The next day, Union troops faced Confederate troops firing down on them from Missionary Ridge.  Without being ordered to do so, they pushed up the mountain and routed the Confederates, raising the flag.

Newspapers romanticized the episode by calling it the "Battle Above the Clouds."  By the end of the day, the Confederate army faced defeat.

To read more about these battles and the men who fought there: