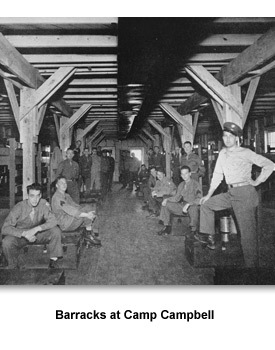 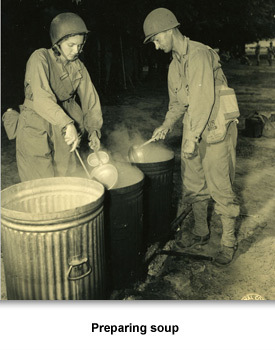 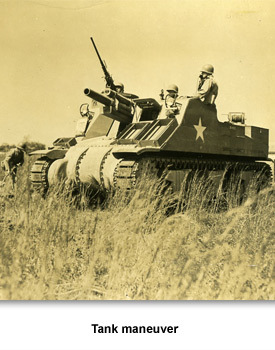 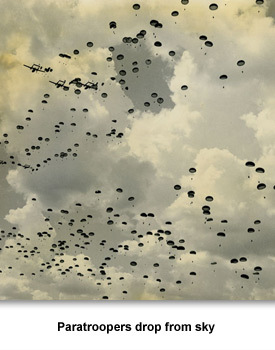 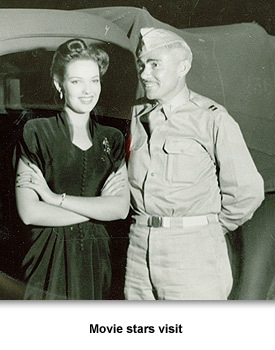 The U.S. military had a large presence in Tennessee throughout World War II. Tennessee became a center for military training.
There were several bases located throughout the state. The army had large bases at Camp Campbell near Clarksville and at Camp Forrest near Tullahoma.
The Air Force (then part of the U.S. Army) had bases at Smyrna, Tullahoma, Dyersburg, and Memphis. Millington Naval Base in Memphis was a major U.S. Navy outpost.
Lieutenant Colonel Robert Little served as a flight instructor at the Dyersburg air base. He remembered: “We would have these hundred plane formations at Dyersburg….You’d make a couple of turns, and if you were the lead air plane it might take the rest 30 minutes to make a 180 degree turn.”
Soldiers from all over the country received training in Tennessee. Some had mistaken ideas of what it would be like in Tennessee. They thought the state was a rural backwards area.
W.C. McAllister from Illinois was sent to Camp Forrest in Tullahoma for training. He admitted he was expecting to find himself in the middle of a rural, ignorant population. Instead he was pleasantly surprised to be wrong. McAllister also noticed that “the local people seemed just about as interested in the strange ways of the Illinois soldiers.”
Tennessee was chosen as the site for a major army training exercise known as the Tennessee Maneuvers. This state was used for this series of war games because of the similarity between the Tennessee countryside and the terrain of western Europe.
During the course of the maneuvers, approximately 800,000 soldiers received training throughout Middle Tennessee. Many were divided into two separate armies that fought each other using blank bullets and flour sack bombs. However, these war games were serious business. They were designed to train soldiers for important missions like the D-Day invasion of Normandy.
Raymond Doyle Gaines of Lafayette, Tennessee, was in his early teens when the Tennessee Maneuvers began. He remembered the day the 82nd and the 101st Airborne Divisions landed in Macon County.
The entire community turned out to watch as the sky filled with parachutes and gliders, as they descended on the Sullivan farm, three miles west of Lafayette….These divisions [later]distinguished themselves in Sicily, behind the Normandy beachhead, in Holland, and, of course, in Bastogne, Belgium, at the Battle of the Bulge.