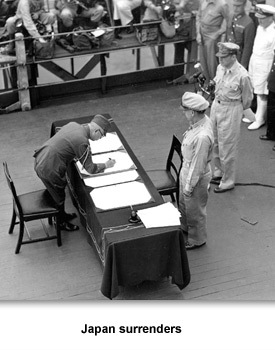 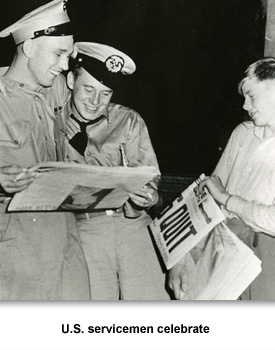 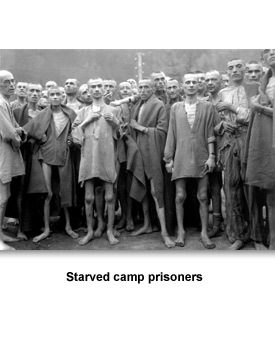 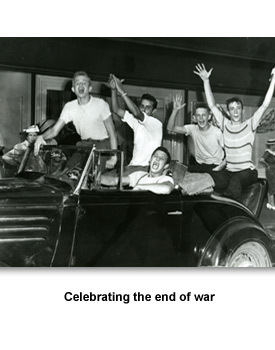 Americans had fought and won the war. They were proud of what they accomplished. They had fought against dictatorships and won.

But Americans were also changed by those events.  They had lived through terrible and frightening combat. More than 400,000 Americans lost their lives in the war and would never come home again. Others had wounds that would affect them their entire lives. The families of these soldiers were also changed.
The bombings of Tokyo, London, and Dresden caused massive civilian deaths. The use of the atomic bomb, which was much more destructive than conventional bombs, made the world a different and more frightening place.

It was a war in which more than 50 million people, both soldiers and civilians, died. The number is almost unimaginable to us today.
Tennesseans made important contributions to the Allied victory in World War II. Brave Tennessee men and women served in the armed forces and helped defeat the Axis Powers. At home in Tennessee, many citizens toiled in factories producing airplanes, artillery shells, uniforms, and other things the soldiers needed to fight.
At Oak Ridge, Tennesseans helped to make the radioactive materials needed for the first atomic bombs. They worked in secrecy for years in experimental factories filled with hazards
The Holocaust, Nazi Germany’s attempt to kill all of the Jewish people in Europe during the war, was one of the greatest tragedies of the war. Tennesseans like Jacob May helped Jews escape to the United States. After the war, Tennessee also served as a haven for some Holocaust survivors.
Tennessean Cordell Hull served as President Franklin Roosevelt’s secretary of state during World War II. He played a leading role in the creation of the United Nations in 1944. He received a Nobel Peace Prize for this work.
After coming home and participating in some victory parades, most veterans were anxious to get back to a normal life. They wanted to earn a living and have a family.
It had been an experience of a lifetime. One veteran said, “I wouldn’t take a million dollars for it [the memories].” Then he paused and added, “You couldn’t pay me to do it again.”
World War II caused important and lasting changes in Tennessee. The war permanently shaped the lives of those who experienced it. It also fundamentally changed how Tennesseans lived and worked for years afterwards.