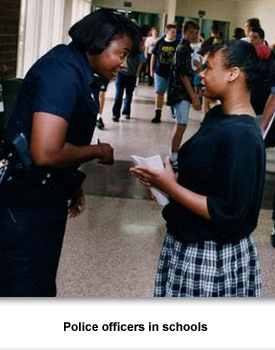 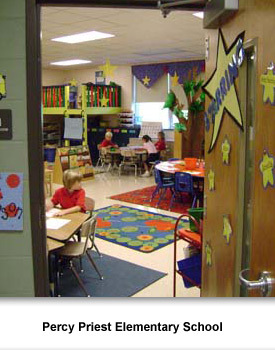 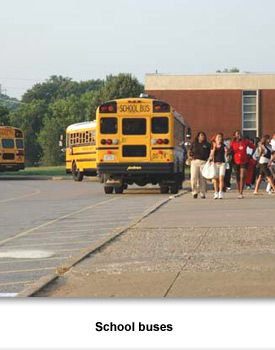 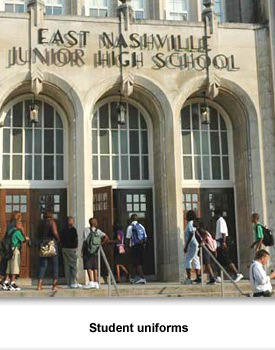 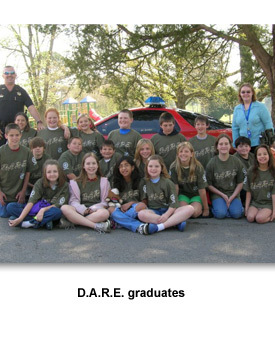 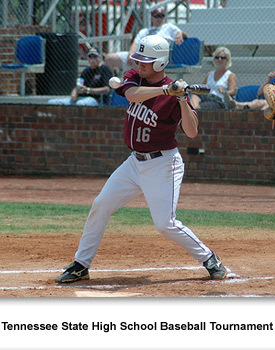 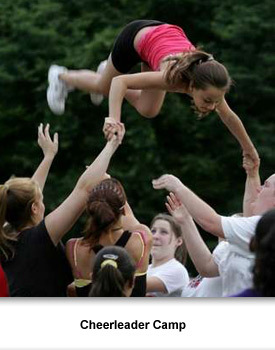 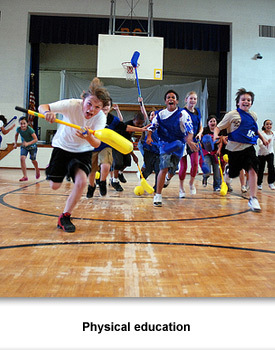 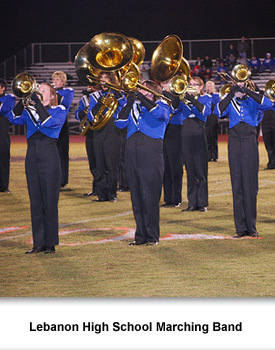 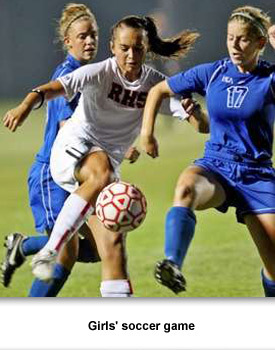 Going to school in this era was very much like going to school in the previous one. Children rode school buses to schools where they took classes in English, science, math, and history.
Schools did enter the information age with an emphasis on technology. Most Tennessee public schools now have computers in the classroom or easily available in the library or computer lab. Students at colleges are even more heavily networked, with laptops in the classrooms or easily accessible computer stations.
Sports and other extracurricular activities remained popular in this era. Schools typically had sports teams, both male and female, in the major sports of football, basketball, baseball, softball, and soccer and such.

The passage of Title IX by Congress in 1972 required schools on both the high school and college levels to provide equal opportunities in sports to both women and men.  There has been a dramatic increase in the number of girls and women participating in athletics.  Before passage of the law, less than 300,000 high school girls played on organized school teams.  In 1997, there were 2.4 million.
School safety became more of an issue in this era after several highly publicized school shootings.  Some schools installed metal detectors while other school officials added uniformed police officers during the day.  The Tennessee Department of Education has an Office of School Safety and Learning Support to assist schools in providing a safe learning environment for their students.

Uniforms
Uniform policies, which have long been required for some private school attendance, have been adopted by several Tennessee school systems. Supporters of uniforms think the requirement causes decreasing violence and theft, and helps student resist peer pressure.  It also allows school officials to quickly recognize intruders.
Metro Nashville public schools started requiring uniforms in all their schools for the 2007-2008 school year. Their dress code required students to wear solid colored shirts with collars, and slacks or skirts in khaki, navy, or black.

After the first year of uniforms, Nashville school officials said that fewer students brought weapons or drugs to school, but they can’t link it to uniform use. However the number of suspensions increased as students were punished for not wearing the correct uniform.  In the fall of 2009, the policy was changed to allow some schools to drop the uniform requirement.
D.A.R.E. program
Schools in Tennessee in the 1990s adopted a program first used in Los Angeles to fight against drug use by children. The program, Drug Abuse Resistance Education or D.A.R.E., emphasizes positive behavior. The program emphasizes that feelings of self-worth and self-confidence come from refusing drugs and alcohol.
The program is led by a police officer who teaches children how to resist peer pressure to use drugs. The Tennessee Highway Patrol has trained troopers in the program since 1990. D.A.R.E. is taught in more than 85 percent of Tennessee school districts.
With the influx of non-English speaking people into the state, Tennessee schools have developed English as a second language classes for students who primarily speak a language other than English. It is estimated that in Tennessee more than 35 language groups are spoken by students who come from more than 50 countries.