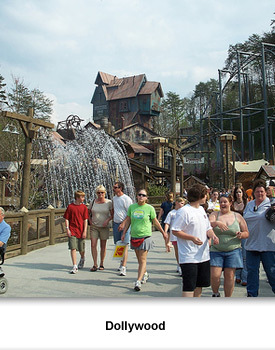 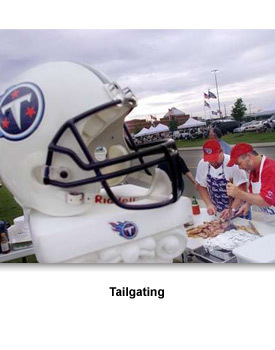 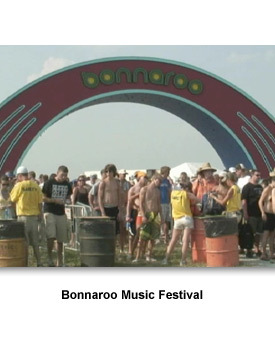 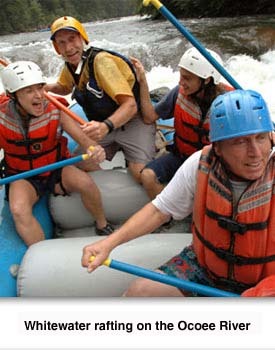 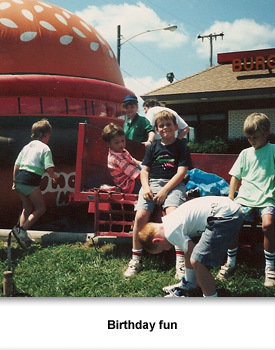 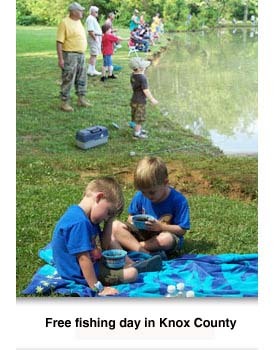 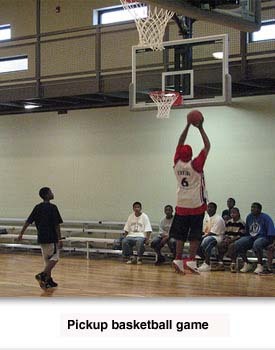 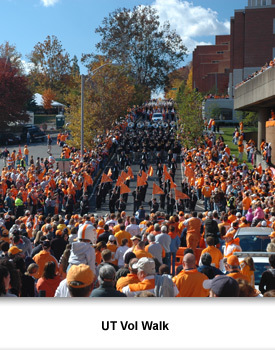 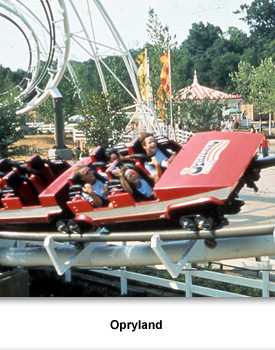 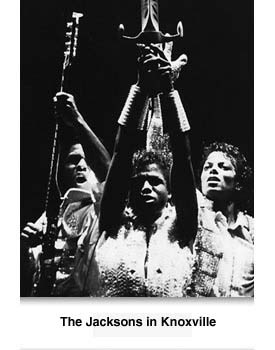 Having fun in Tennessee depended upon your age and your physical inclinations. Here are some ways Tennesseans had fun in this era.
At parks
Tennessee boasts 53 state parks with facilities for camping, fishing, golfing, hiking, picnicking, and swimming. The parks are spread over the three regions of the state and are easily available to all citizens.
Many of the parks, built around lakes and rivers, offer fishing, boating, and swimming. The parks also have picnic facilities, from table and grills to shelters and pavilions for groups.
The state has developed 12 golf courses across the state, including four courses designed by famed golfer Jack Nicklaus. Golf Digest has named these courses as some of the “best places to play” in the nation.
The federal government operates ten parks or historic sites in the state, the largest of which is the Great Smoky Mountains National Park in East Tennessee. Others include four Civil War battlefields, the Andrew Johnson National Historic Site, Appalachian National Scenic Trail, and the Natchez Trace Parkway.
Many local governments—county and city—have parks and programs for residents. Waynesboro has a sportsplex with a walking trail and sports fields, a city park with a children’s playground, picnic shelters, and an outdoor stage. It also has a city swimming pool.
The city of Germantown has developed bike lanes and bikeways to encourage biking for transportation, recreation, and fitness. Clarksville has 24 city parks, three community centers, and seven pools. They run a variety of programs at the parks including baseball, basketball, football, skating, shuffleboard, soccer, softball, and tennis. Bradley County Parks and Recreation provides six parks, two football stadiums, a BMX track, and a gym. It runs the youth basketball, football, and baseball leagues.
At concerts
Like most Americans, Tennesseans enjoy listening to all types of music. Arena musical concerts, which began in the 1960s, continued in this era. Popular country, rock, and pop musical groups often performed in large arenas or even sports stadiums, including the Rolling Stone’s 1997 concert at Vanderbilt stadium in Nashville.
Many popular musical groups performed in Tennessee. These have included rap superstar Jay-Z at the Mid-South Coliseum in Memphis in 2003, Shania Twain in Nashville in 1998, Michael Jackson in Knoxville in 1984, Coldplay in Nashville in 2009, the Red Hot Chili Peppers in Nashville in 2007, and Amy Grant’s Christmas Show which consistently sells out the Sommet Center in Nashville each year.
Nashville’s outdoor Starwood Amphitheatre, which was open from 1985 to 2006, hosted Tom Petty and the Heartbreakers, Sheryl Crow, Train, the Black Crowes, Aerosmith, and John Mayer.
A new musical tradition was started near Manchester, Tennessee, in 2002. The Bonnaroo Music Festival is an annual four-day music festival. It is held outdoors on a farm and features multiple stages of live music that begin in the mornings and continue through late night. Participants usually camp or sleep out in the open even through heat and/or rain. Even with these conditions, the event usually sells out of its 70,000 tickets. The headliner for the 2009 festival was Bruce Springsteen and the E Street Band.
At tailgating parties
Tailgating, or having a party at your car in the parking lot of a sports venue, has become a tradition in Tennessee. People tailgate at all college home football games, before Titans games, and at NASCAR races.
Tailgating usually starts several hours before the game starts. Fans arrive at the parking lot, set up a grill, and start cooking. Some have tents, others just chairs. One U.T. fan sets up a tent, chairs, and his satellite television—and, so he doesn't have to pay for a ticket, watches the game from the parking lot!
Alcoholic beverages are almost always part of tailgating, and food and drink are usually shared. Tailgaters also like to spend the time talking with each other. Others play games like tailgate horseshoes, ladder golf, put-in-the-hole, or they just toss a football.
Sports Illustrated magazine recently rated tailgating at major colleges based on setting, food, drinks, yard games, super fans (people dressed really strangely), cheers, and songs. Using that criteria, the writer gave the University of Tennessee at Knoxville “A's” on setting, drinks, and songs, but “B's” and “C's” on the rest. U.T. does have the advantage of being one of only two college football stadiums that can be reached by boat, thus giving them boating tailgaters.
Titans tailgating is big deal and different from college according to one Tennessean who does both. “At the Titans games it’s more social. We have assigned parking spaces so we get to know each other,” he said. Their tailgating area also has food themes like Mexican, chili, breakfast, and such for each game. Titans management even judges the best tailgater at each game.
At theme parks
At one time, Tennessee had three major theme parks--Opryland in Nashville, Libertyland in Memphis, and Dollywood in Pigeon Forge.   Opryland opened in 1975 and featured rides along with musical performances.  The park added new rides on a regular basis as a way of getting visitors to return.   Unfortunately, Gaylord Management Company decided the park wasn't making enough money and shut it down in 1997.  Libertyland opened in 1976 and was closed down in 2005 because it wasn't profitable.

Dollywood originally was a small attraction, but received its current name and a facelift when Dolly Parton became a co-owner in 1986.  Since then, nearly 20 new rides have been added.  The park also features musical and theaterical performances.  The park has nearly three million guests each year.

Read about how teenagers had fun