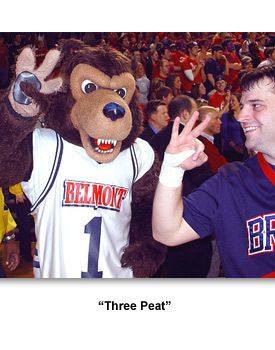 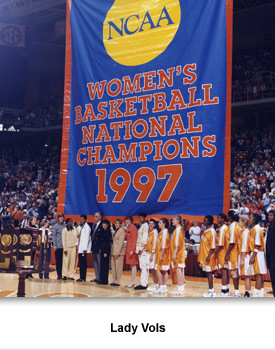 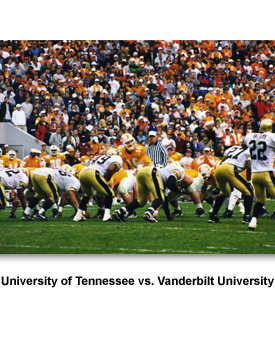 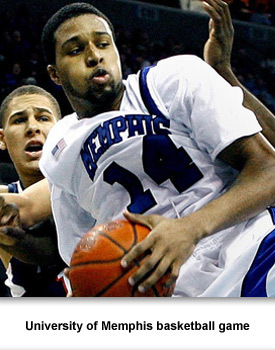 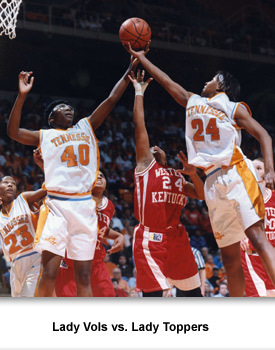 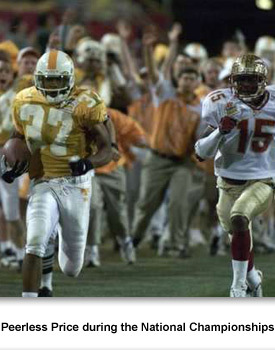 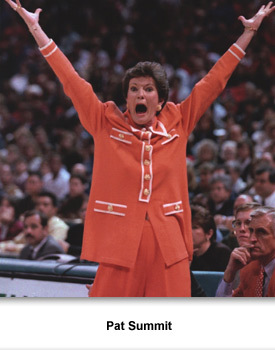 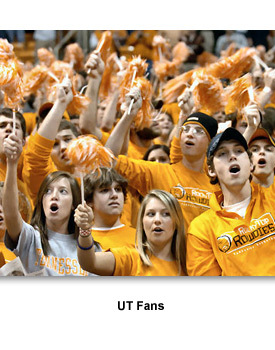 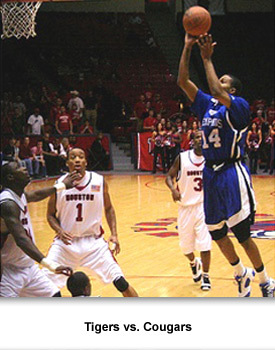 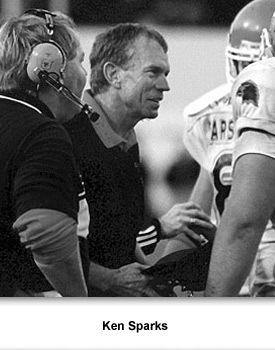 Fans in Tennessee enjoyed a resurgence in sports as professional teams moved to the state in this era, and state college teams won national championships in football and basketball.
U.T. women’s basketball
The most successful state team has been the University of Tennessee women’s basketball team which has won eight national championships under Coach Pat Summitt.
Summitt, who became head coach when she was only 22 years old, has become the winningest basketball coach, man or woman, in the sport’s history, coaching her 1,000th win in 2009.
Besides the national championships, the Lady Vols, as they are called, have won 14 Southeastern Conference (SEC) regular season championships, 13 SEC tournament championships, and made 18 Final Four appearances in the NCAA as of 2008.
U.T. football
The University of Tennessee football teams continued their winning ways during this era. Former Tennessee player Johnny Majors won a National Championship in 1976 as coach of the University of Pittsburgh, but was persuaded to come to Tennessee to coach in 1977. His teams struggled the first few years, but then started winning.
His best team was the 1985 squad who won the school’s first conference title since 1969, and then beat heavily favored Miami in the Sugar Bowl.
Former U.T. football player Phil Fulmer took over the team in 1992. Since then his teams have compiled one of college football’s best records. Fulmer’s teams won back-to-back SEC titles in 1997 and 1998.
In 1999, U.T. won its first national championship since 1951. The team beat Florida State in the first BCS National Title game, finishing with a 13-0 record.
University of Memphis basketball
The University of Memphis men’s basketball team made seven NCAA tournament appearances during the 1980s, including two Final Four appearances. The team won numerous Metro Conference titles, and the 2002 NIT championship.
The team was a powerhouse in the 2000s, making NCAA tournament appearances in five different years. In 2008 the team was ranked number one in the Associated Press poll, and won their third straight conference title. They made it to the national championship game, but lost to the University of Kansas in overtime. The Memphis Tigers became the first basketball team in NCAA history to post 38 wins in a single season.
Other college teams
The Belmont University men’s basketball team won its third consecutive Atlantic Sun Conference (ASC) Tournament in 2008. They also made their third appearance in the NCAA tournament that year. Belmont cross country teams and the volleyball team won 2006 ASC titles with the cross country teams repeating in 2007.
Carson-Newman football teams have a win percentage of .814 in the past 28 years under Head Coach Ken Sparks. During this time, the team has won five national championships and four runner-up finishes in the NAIA.

The University of Tennessee at Chattanooga had a successful men's basketball program in this era, winning six league championships.  In 1977 the team won the Division II National Championship.  The school's program moved to Division I, and they have appeared in the NCAA tournament several times.

David Lipscomb University’s basketball teams had success under Coach Don Meyer from 1975 to 1999. They made 13 NAIA playoff appearances, winning the championship in 1986.
The University of Tennessee women’s softball team recently reached the Women’s College World Series three consecutive times. They placed third in 2005 and 2006, and second in 2007.
The team was led by pitcher Monica Abbott, who is the all-time career NCAA leader in strikeouts, shutouts, and innings pitched. For this she was named U.S. Softball National Player of the Year in 2007. In 2008, Abbott was a pitcher for the U.S. Women’s Olympic Softball team which won a silver medal.
The Olympics came to Tennessee in 1996 as part of the Summer Games hosted by Atlanta.   Whitewater slalom events were conducted on a one-mile section of the Ocoee River in Polk County, Tennessee.
To read more about Tennessee sports heroes during this time, click here.