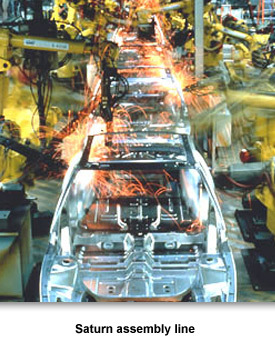 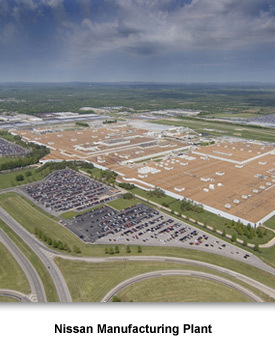 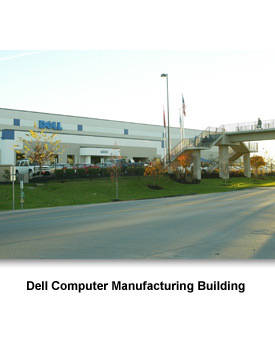 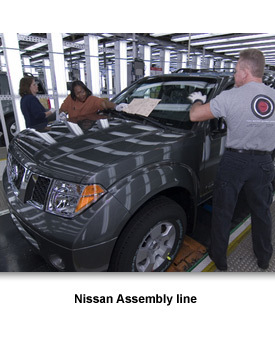 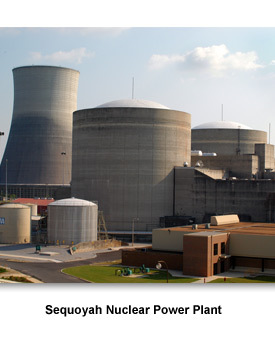 Industry and business changed during this era as Tennesseans kept up with new trends in technology.
Industrial growth in Tennessee peaked in the late 1970s. Since that time, the number of Tennesseans who work in manufacturing jobs has declined.
Some of this may be because machines have replaced workers on the assembly line, because in the 1990s industry was producing a greater share of the state’s gross product than it did in the 1960s.
Tennessee was able to attract outside manufacturing companies during this time.  Dell Computer Corporation moved the production of its consumer and small business computers to Tennessee in 1999.
The Tennessee Valley Authority (TVA)  continued to provide inexpensive energy in the state. Plans to provide energy through new nuclear plants was dropped after the 1979 accident at Three Mile Island nuclear plant that released radioactive materials into the air in Pennsylvania.
Recently, with the rising costs of energy, TVA decided to restart construction at nuclear plants that had been partially constructed. In February 2009, the federal government gave the agency permission to resume construction at the unfinished Bellefonte Nuclear Plant in Scottsboro, Alabama.
Taking advantage of the cheap energy and lower labor costs, two automobile manufacturing plants opened in Tennessee during this era. A new General Motors company, Saturn, broke ground in Spring Hill in 1986. By 2001 it had 7,800 workers and had sold 2.2 million vehicles.

A Japanese-owned plant, Nissan Motor Manufacturing Corporation, broke ground on its plant in Smyrna in 1981. They later opened an engine plant in Decherd, Tennessee. By 2001, it had become Tennessee’s tenth largest private employer.
Standard Candy Company began in Nashville in 1901. Its most famous candy bar, the Goo Goo, became popular in the 1940s through its advertising on the Grand Ole Opry. Sales lagged in the 1970s, but bounced back in the 1980s with an aggressive marketing campaign.

An industry that has  become identified with Tennessee worldwide is Jack Daniel's liquor.  It is a brand of Tennessee whiskey that is one of the best-selling liquors in the world.  People in other countries may not have heard of Tennessee, but tell them you come from the state that makes Jack Daniel's, and they immediately know that name.