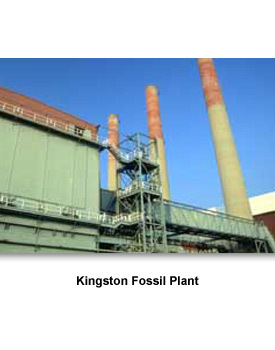 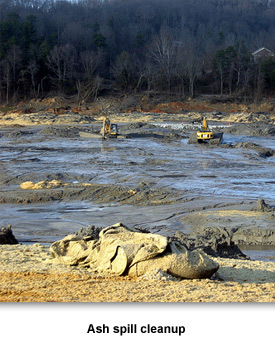 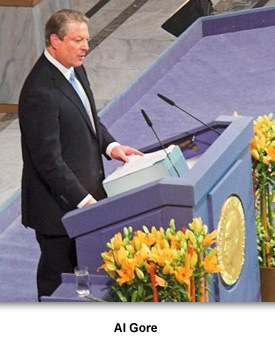 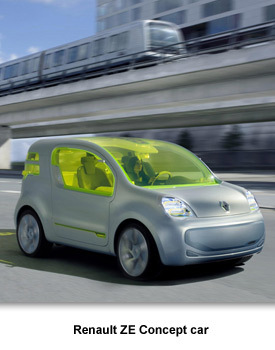 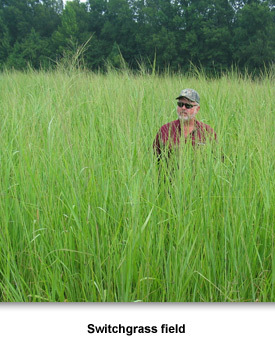 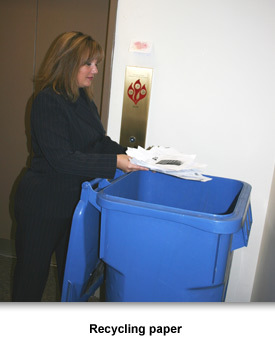 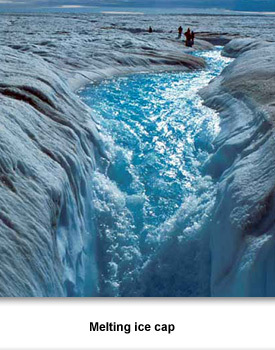 In the 1990s and 2000s, people began to realize that a global warming trend could greatly impact their lives.
Since the Industrial Revolution began about 1750, human activities have added to the amount of greenhouse gases in the atmosphere. These activities included burning fossil fuels like coal, using aerosol sprays, and discharging emissions from vehicles.
Increased levels of greenhouse gases have caused a warming effect that has influenced worldwide temperatures, rainfall, storms, and sea levels.
Al Gore
Tennessean Al Gore has been a leader in warning people about adverse effects of climate change. He developed a lecture series which was later made into a documentary movie and book called An Inconvenient Truth.
Gore quoted scientists who said that climate changes could cause great risk in terms of extreme weather events, increased droughts, and melting of ice caps in Greenland and Antarctica.
Gore won the Nobel Peace Prize for his efforts. The Nobel committee said Gore “is probably the single individual who has done the most to create greater worldwide understanding of the measures that need to be adopted.”
State efforts
Businesses and state government in Tennessee are trying to do their part to help control global warming. In 2008, the Renault-Nissan Alliance announced a partnership with the state of Tennessee to promote zero-emission vehicles, including electric cars. Renault-Nissan currently has automobile-related plants in Smyrna and Decherd.
The Governor’s Task Force on Energy Policy was established in 2008 to develop a state energy plan. The two key areas are renewable energy sources and energy efficiency technology. Renewable energy is energy that can be obtained from natural sources.  Renewable means they are naturally replenished. This includes wind power, solar power, and geothermal sources.
In renewable energy, the Tennessee Valley Authority (TVA) is working with local school districts in Sumner, Cheatham, Clay, and Overton counties to install geothermal heating systems.  TVA also has 18 wind-powered turbines in Anderson County.
The University of Tennessee Biofuels Initiative is a $70 million, five-year plan to encourage farmers to produce switchgrass, a non-food crop that can be used to produce cellulosic ethanol. A biorefinery will be built near Vonore to produce ethanol from switchgrass. There is already a corn processing ethanol refinery under construction at Obion, Tennessee.
Construction companies are already using energy-saving technology in new home construction. In addition, the Oak Ridge National Laboratory is participating in a national plan to develop low energy use housing and commercial buildings by 2025.
Tennessee Tech University is participating in a national program funded by the U.S. Department of Energy. Under this program, the school provides no-cost studies of manufacturing plants in the area to help identify energy, waste, and productivity problems.
Businesses also have become involved in recycling as a means to reuse materials, thus reducing costs and demands on landfills. The Nissan North America plant at Decherd, Tennessee, managed to reduce the amount of waste sent to landfills by 88 percent in 2006. This won them a recycling award from the Tennessee Recycling Coalition, a non-profit group to encourage recycling. Other recent winners include Trelleborg Coated Systems US, Inc., Morristown; MacDermid Printing Solutions, Morristown; and Portion Pac, Inc., of Nashville.
Some city and county governments conduct ongoing vehicle inspection programs. These programs, originally started to reduce pollution in the air also reduce harmful ozone emissions. These include Hamilton, Rutherford, Sumner, Williamson, Wilson, Shelby, and Davidson counties.
Click here, for climate change information for kids at the Environmental Protection Agency.