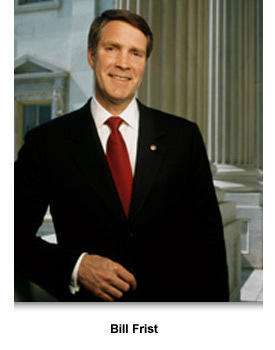 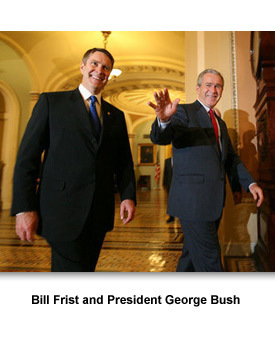 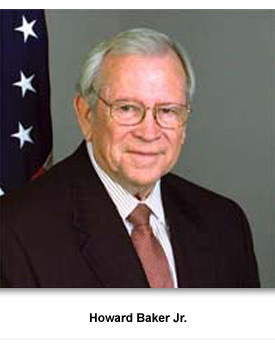 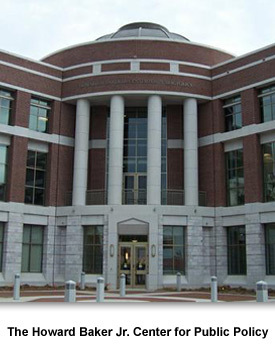 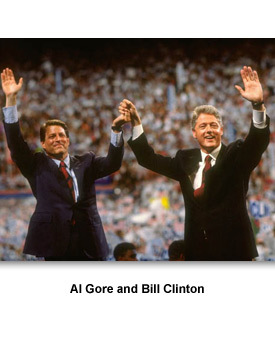 The years from 1975 to 2000 were an exciting time for the state. Several Tennessee political leaders rose to national importance, including one Tennessean, Al Gore, who was elected vice president.

Another national leader was Howard Baker, Jr.   He was born in Huntsville, Tennessee, the son of the future congressman, Howard Baker, Sr.  Baker Jr. served in the military during World War II, and then graduated from the University of Tennessee.
He became a successful lawyer and developed a strong interest in politics. In 1964, he lost the election for the U.S. Senate seat vacated by the late Estes Kefauver. However, two years later he ran for the Senate again. He won against popular Tennessee Governor Frank Clement.
Baker became nationally known in 1973 when he was on the Senate committee on the Watergate break-in.  Even though he was a Republican on a committee investigating Republican President Richard Nixon , Baker gained respect for his non-partisan approach.
Baker stayed in the Senate until his retirement in January 1985. When President Ronald Reagan became involved in the Iran-Contra scandal, Reagan turned to Baker for help. In 1987, Baker accepted an offer from Reagan to be White House chief of staff.  This job was one of the most powerful posts in Washington, DC. It gave Baker even more prestige and influence as a leader. Due to his good reputation and hard work, Baker restored much credibility to the administration.
The University of Tennessee honored Baker for his years of public service. It named the Howard Baker, Jr. Center for Public Policy for him. In addition to Baker’s papers, many other politicians, such as Fred Thompson, have used the Baker Center as a repository for their important documents and records. To learn more about Howard Baker and the Baker Center, click here.
Another Tennessean who was a national political figure of this era was William H. “Bill” Frist.  A member of a prominent family in Nashville, Frist attended Princeton University and Harvard Medical School. Frist became a heart, lung, and kidney transplant surgeon renowned for his skill. In addition, he was a part owner of Hospital Corporation of America, the largest for profit hospital chain in the United States.
Frist announced his intention to challenge incumbent Democratic Senator James Sasser in 1994. He campaigned vigorously against Sasser and won the election. Senator Frist eventually was selected to be the U.S. Senate Majority Leader. Frist’s four year tenure as majority leader was somewhat rocky. Honoring a campaign promise that he would only serve two terms, Frist declined to seek reelection in 2006, thus giving up the leadership post.