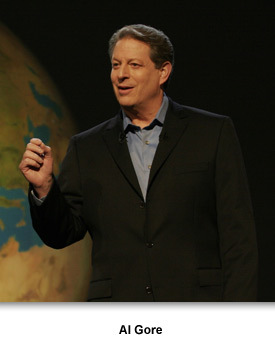 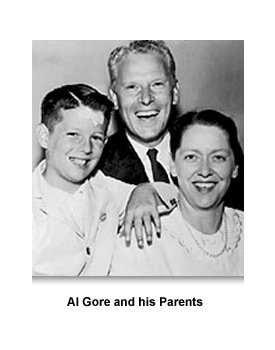 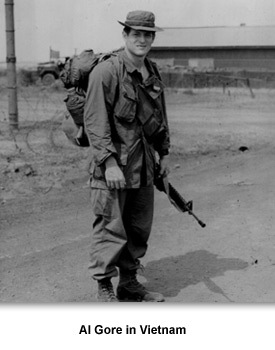 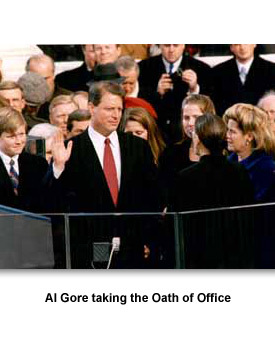 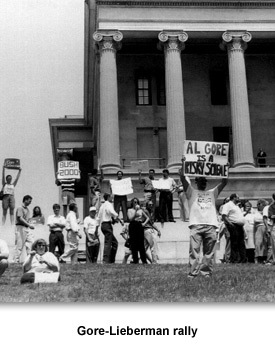 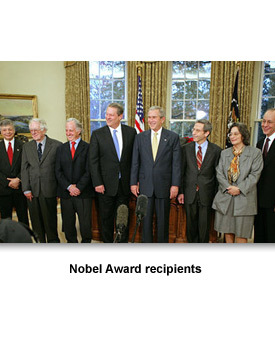 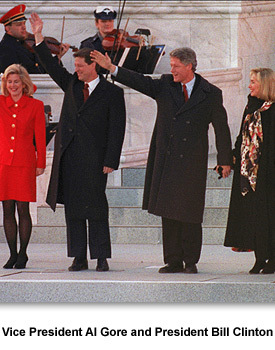 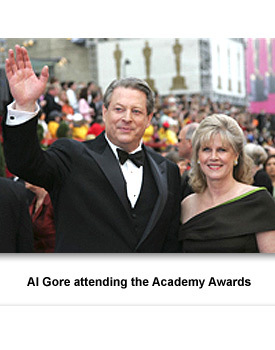 Al Gore, Jr., is the second Tennessean to serve as vice president of the United States. (Andrew Johnson was the first.)  Gore was in the office for two terms from 1993 until 2001.
Gore is a member of a politically prominent and powerful family from Middle Tennessee. He was born in 1948 to former Congressman and U.S. Senator Albert Gore, Sr., and Pauline LaFon Gore. While his father served in Congress, Gore spent most of the year in Washington and his summers at the family home in Carthage, Tennessee.
After graduating from college, Gore enlisted in the military and was sent to Vietnam. Gore served in the public affairs division while in Vietnam and became interested in journalism. Following his military service, Gore spent time in Nashville. He studied religion at Vanderbilt University, and worked as a reporter for The Tennessean newspaper.
In 1976, Gore decided to run for political office. He campaigned as a Democrat for the U.S. House of Representatives and won by 3,500 votes out of 115,000 cast.  It was a special moment for Gore due to the fact that his father suffered a humiliating election loss six years prior. Gore stayed in the House of Representatives until 1984.
When Senator Howard Baker announced that he would not seek another term, Gore decided he wanted the job. He defeated Republican Victor Ashe and became the state’s junior senator. From 1985 to 1992, Gore grew in popularity and national prominence.
In the U.S. Senate, Gore became well known for his strong positions on the environment, values, science, and nuclear arms control. The latter issue catapulted Gore into the national spotlight. As was his custom, Gore quickly became an expert on the issue and a trusted voice in governmental, intellectual, and popular circles. In 1988, he entered the race for president but was not successful.
Many wondered if Gore would make another run for the presidency in 1992. But after his son was involved in a near fatal accident, Gore decided not to campaign for president. It was during this time that Gore became a respected author and advocate for the environment with his bestselling book, Earth In The Balance. When Arkansas Governor Bill Clinton won the Democratic Party nomination for president, Clinton asked Gore to run as his vice president.
Gore and Clinton agreed on many political issues. Clinton, like Gore, had been a prominent member of the Democratic Leadership Council. The fall campaign proved to be easier than expected, and they won. It was a time of pride for many Tennesseans on January 20, 1993, when Gore took office.
During the next eight years Al Gore became arguably the most powerful and influential vice-president in history up to that point. He continued to push polices on such environment issues as wetlands policy, fuel efficient vehicles, and greenhouse gas emissions. Gore also helped fund projects about electronic communications on the internet.
In 2000, Gore became the Democratic presidential nominee. Despite winning the popular vote, he lost the electoral college vote and the presidency to George W. Bush. However, Gore did not go down without a fight. He mounted a thirty-six day court battle to challenge the election results in the critical state of Florida. He lost when the U.S. Supreme Court stepped in to stop the Florida recount, the first time that the court had ever intervened in a state-run election.
There have only been four presidential elections in which the candidate who won the popular vote lost the election. Ironically, two of them had Tennesseans on the losing side. Andrew Jackson won the popular vote in the election of 1824, but no one had enough Electoral College votes. The election was decided by the U.S. House of Representatives who chose John Quincy Adams. Jackson was infuriated by the decision, and went on to beat Adams in the 1828 election.
Instead of running again in 2004, Gore said he “had fallen out of love with politics,” and retired to private life. He dedicated himself to sounding the alarm about climate change. Gore developed a slide show and lecture which was made into a documentary movie called An Inconvenient Truth.  In 2007 Gore won an Academy Award for the movie. Later that same year, he won the Nobel Peace Prize for his extensive efforts to raise awareness about the issue of global warming.

Gore has become an internationally respected figure, perhaps the ultimate gratification for a man who lost one of the closest presidential elections in U.S. history.
Click here for more information about Gore.