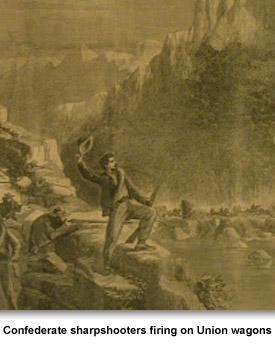 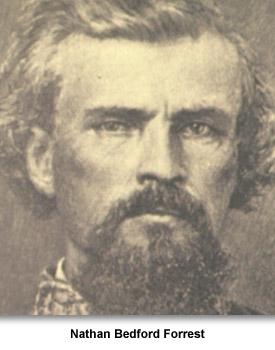 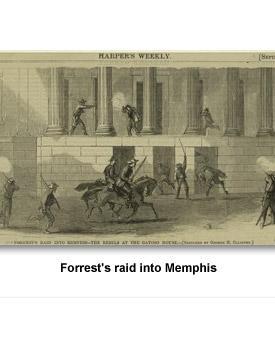 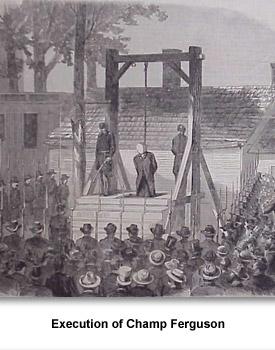 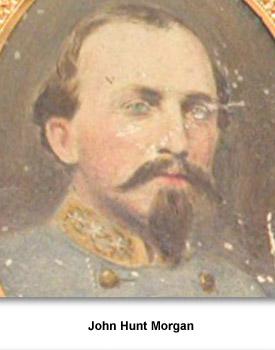 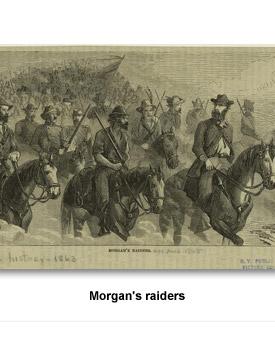 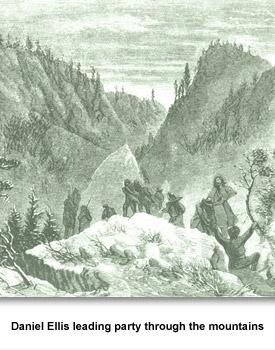 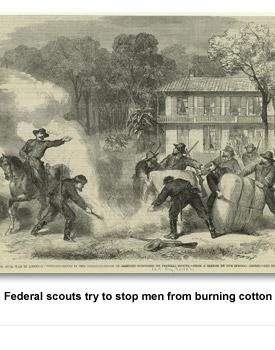 Fighting during the Civil War in Tennessee was not just a few large battles.
Rather, most battles in the state were small in comparison to the big battles like Shiloh, Stones River, and Chattanooga.   In fact, Tennessee had more battles fought on its soil than any other state except Virginia.
Experts believe there were over 1,400 armed conflicts in the state. These lesser known battles were fought in every region of Tennessee. Some were so small that they are called skirmishes rather than battles.
These small battles and skirmishes were fought in and around towns, farms, roads, and rivers throughout the state. While they are not as well known as the large battles, they were still very important to the outcome of the war in Tennessee.
Parker’s Crossroads
One of these very important battles was at place called Parker’s Crossroads.   It involved the famous Confederate cavalry general, Nathan Bedford Forrest, and two brigades from the Union army. In all about 4,800 men were engaged in battle.
Parker’s Crossroads was located where two roads intersected in Henderson County, Tennessee. Forrest was returning to Middle Tennessee after destroying Union supply lines in Memphis.
Two Union brigades were ordered to stop him before he crossed the Tennessee River. The two armies clashed here on December 31, 1862. During the battle Forrest found his army trapped and severely outnumbered with one Union brigade attacking his front and the other attacking his rear.
It was here that Forrest is said to have delivered one of his more famous commands. “Charge them both ways!” he ordered. His army split in two and attacked both sides. The Union armies retreated and Forrest avoided a drastic defeat. Confederate forces suffered about 500 casualties while the Union brigades had more than 200.   For more information about Parker’s Crossroad, click here.
Hoover’s Gap
The Battle for Hoover’s Gap took place in Middle Tennessee about 25 miles southeast of Murfreesboro. After the battle of Stones River, the Confederate forces under Braxton Bragg retreated south towards Tullahoma along the Duck River.
By the summer of 1863, the Union army commanded by General William Rosecrans marched south to confront the Confederates. Bragg’s army was defending the southeastern Middle Tennessee and the routes leading to Chattanooga.   The Confederates were dug in around the hills, ridges, and valleys that make up this rugged ground.
The only way for the Union army to break through the Confederate defenses were through openings in the ridges called gaps. One such large gap was known as Hoover’s Gap. It was here on June 24, 1863, that a brigade of Union mounted infantry met a regiment of Confederate cavalry.
The Union regiment was armed with Spencer repeating rifles (these rifles were a new invention at the time and could be fired much more rapidly than traditional muskets). They quickly were able to drive the outnumbered and outgunned Confederates that were defending the gap. During this relatively small engagement, the Confederates lost 146 men and the Union brigade lost only 61.   Though the Battle for Hoover’s Gap was small it was significant because it helped the Union army to drive the Confederates out of Middle Tennessee.
The Battle of Bull’s Gap
The battle of Bull’s Gap took place in Hamblen and Greene Counties. In November 1864, General John C. Breckenridge led his Confederate forces into East Tennessee. His aim was to retake the region for the Confederacy.
On his march toward Knoxville, he was met by a Union brigade at Bull’s Gap. Both forces attacked on the morning of November 10. Over the next few days, the Union troops eventually retreated from the gap.   The battle was a temporary win for Breckinridge. In the coming days, he was forced to retreat from East Tennessee.
Other battles sites in Tennessee include:


These are just a few smaller engagements from each region of Tennessee. There were more than 1,400 battles fought in Tennessee. Some were larger and some smaller than the ones described here, but in all these battles men were killed, wounded and captured.
According to the Tennessee Civil War National Heritage Area, 64,333 Confederate soldiers and 58,521 Union soldiers died in Tennessee, representing a total number of battle casualties of 122,854.