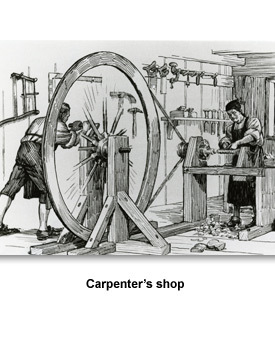 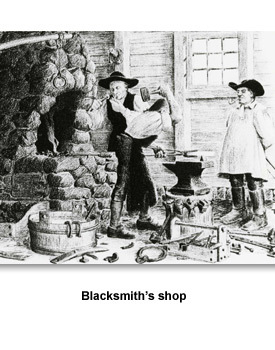 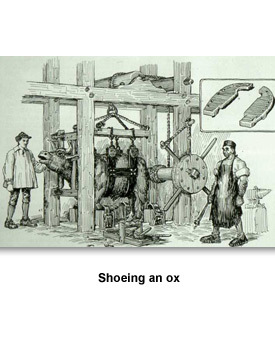 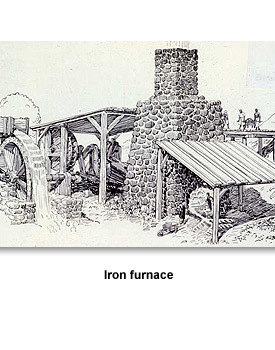 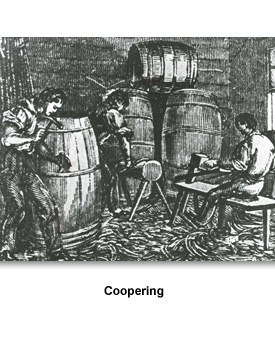 Early settlers came to Tennessee to improve their life and make money. While some attempted to do this through farming, others tried to make money by selling goods or setting up small industries.
Between 1800 and 1812, as the Cumberland River emerged as a major transportation route for trade, a large merchant class arose. Even Thomas Jefferson acknowledged, “Tinassee is a good field for a man of industry, integrity and talents: and it is a good country to lay out advantageously the profits of business.”
Towns were surveyed and lots marked off with the landowners hoping to attract settlers through newspaper advertisements. As settlers moved into these towns they became the market for businesses. Rural farmers used towns as centralized locations to buy and sell goods. Towns also became bases for those merchants who traveled through rural areas to sell their products.
James Winchester, founder of Memphis, provides an example of this trend. Winchester developed mercantile (selling directly to customers) businesses in several towns, including Memphis where his son, Marcus, opened a store. Businesses like Winchester’s sold goods ranging from fine clothing to plowshares, often on credit.
Corn was one of the first important crops grown by settlers. Interestingly, it was far more profitable to make and sell whiskey out of the corn rather than selling the corn. By 1810, however, cotton had emerged as the single most important cash crop in the state, with tobacco a close second.
After Thomas Jefferson’s 1805 Louisiana Purchase, the opening up of the Mississippi River was a key factor in the growth of Tennessee’s cotton industry. This allowed cotton to be shipped downstream to New Orleans.
Not long after the first successful steamboat voyage in 1811, the steamboat made it easy to travel between Tennessee and ports along the Ohio and Mississippi rivers. This expanded trade. Because of its easy access to river trade, Nashville became the centralized business center of the state. Later, Memphis surpassed Nashville as commercial center due to its location on the Mississippi River and closeness to cotton growers.
Early Industry
Early settlers in Tennessee were blessed with abundant raw materials. Vast forests were turned into houses, fences, and other necessary items by settlers.
Benefitting from rich Tennessee soil, bountiful crop harvests meant that home industry (producing items at home which could be sold) could flourish. Cotton and wool could be woven by housewives and sold to others. Cattle and hogs were sold to slaughter houses. Corn could be turned into whiskey for trade.
Even though these cottage industries flourished across the state, several people built larger industries not confined to their homes. Even before statehood, Tennesseans began mining lead, building cotton mills, and producing iron.
Iron production was particularly important to the state’s economy. James Robertson and other partners opened the state’s first iron furnace at Cumberland Furnace in 1797. Other men including Montgomery Bell and the Stacker Brothers followed suit, opening other furnaces in Middle Tennessee.  Read more about Montgomery Bell.
Furnaces were basically large self-sufficient plantations where black slaves and white seasonal laborers worked side-by-side, even though most of the physical labor was done by African Americans. By the time of the Civil War, Tennessee was the third largest iron producer in the nation.
Another important industry developed around cotton production. Tennessee’s first cotton mills were built in the 1780s in Middle Tennessee.
West Tennessee soil was especially good for cotton growing, and Memphis developed as a port on the Mississippi River because of cotton needing to be shipped to New Orleans.  From there it would travel to cotton mills in New England or England.
Because cotton required a great deal of manual labor and land, it was usually left to wealthier individuals.  As with the iron industry, slave labor was considered crucial to cotton production. Cotton was also hard on the soil, wearing it out quickly. Cotton farmers often moved with their slaves to new lands once that happened.
Tobacco and whiskey industries were also important to the economic development of Tennessee. The first commercial distilleries began in Robertson County in the 1790s, while tobacco was grown by many individual farm families as soon as they arrived.