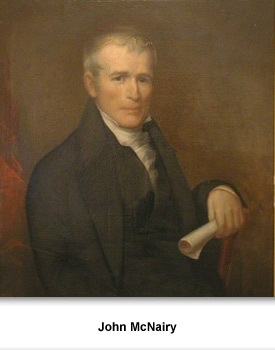 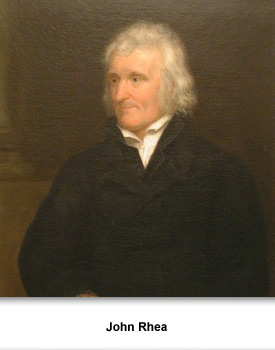 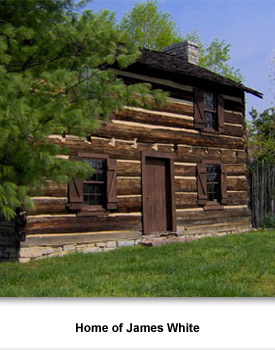 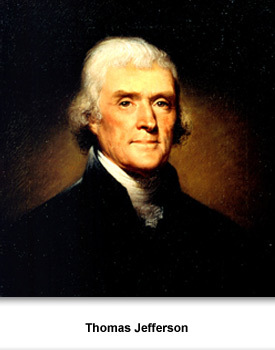 Tennessee constitutional convention delegates met in Knoxville in January 1796 to write a constitution for a new state. This was a requirement before Congress would grant statehood.
Many of the delegates were men whose names were later chosen for counties in the state. They included William Cocke, Andrew Jackson, Joseph McMinn, John McNairy, John Rhea, Archibald Roane, James Robertson, Daniel Smith, John Tipton, and James White.
The new state constitution was based on the U.S. one. It had both a Senate and House of Representatives. Any free male over 21 who owned at least 200 acres and had lived in the territory for three years could vote.
Thomas Jefferson described Tennessee’s new constitution as the “least imperfect and most republican” one of its time. And the constitution allowed free blacks who met the land and residency requirements to vote. (This changed with the adoption of a new state constitution in 1834. Members of the constitutional convention removed land ownership requirements, but insert the word “white” in defining who could vote. This took away suffrage from free blacks.) Women were also not allowed to vote.
The proposed constitution was sent to Philadelphia for Congress’s approval. But the constitutional convention also went ahead and authorized elections for governor and the legislature. John Sevier was chosen as governor without opposition.
The legislature met for the first time on May 28, 1796, even though Tennessee was not yet a state. It chose William Blount and William Cocke as Tennessee’s first U.S. senators. (At this time, senators were appointed by each state legislative body. It was not until 1913, when the Seventeenth Amendment was passed, that there was direct election of senators by voters.)
President George Washington passed on the request for statehood to Congress, where it became embroiled in a political fight between the Federalists and Anti-Federalists.
A presidential election was coming up later that year. The Federalists knew that Tennesseans would more likely vote for Thomas Jefferson, an Anti-Federalist, and they didn’t want give more electoral votes to Jefferson. (As it turned out, even with Tennessee’s votes going to Jefferson, John Adams, a Federalist, won the election in 1796.)
Dig Deeper: What were the differences between Federalists and Anti-Federalists?
To delay the process, Federalist congressmen objected to Tennessee‘s method of conducting the census and its election of a governor and legislature before Congress approved statehood. The bill passed the house, then ran into problems in the Senate as the Federalists ask for a new census—a request designed to keep Tennessee from participating in the fall presidential elections.
Finally, after a compromise between the House and Senate, Tennessee became the 16th state on June 1, 1796. Blount and Cocke took their senate seats as voters selected Andrew Jackson as the state’s only U.S. representative.