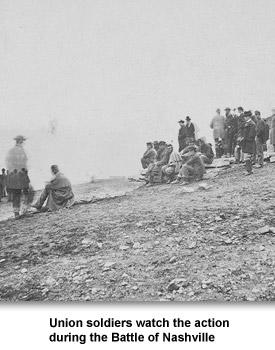 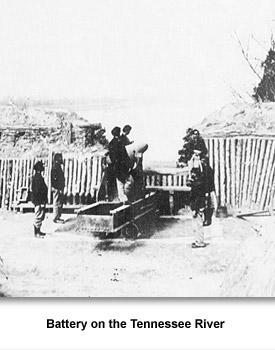 At first light on the day of a battle, the troops proceeded to their assigned locations, usually marching under waving flags with occasionally a fife and drum keeping time. At their positions, they waited for further orders.

While waiting, some soldiers talked quietly with their friends—promising to look for them after the battle.  Others prayed, while some bit off a plug of tobacco to chew to help calm their nerves.

Confederate Private Henry Stanley at the Battle of Shiloh and his 17-year-old friend Henry Parker joked while they were waiting for the battle to begin.  Henry picked some violets at their feet and suggested they put a few in their caps.  “Perhaps the Yanks won’t shoot me if they see me wearing such flowers, for they are a sign of peace,” he related afterwards.

Other men made sure they didn’t have any playing cards or dice on them by throwing them on the roadside.  Most people believed gambling was morally wrong, and the men didn’t want to die with these sinful items on them.

Sometimes the sound of gunfire was heard as their skirmishers came upon the enemy’s picket line.  When the command to go forward was given, usually by an officer waving his sword, the troops began to move.  The battle had begun.

The troops moved fast through the forest or fields until they saw the coat color of the enemy and then fired their guns.  As the line of men moved forward, the men stopped, aimed, and fired.  They then went down on one knee and reloaded.

Around them comrades fell, wounded or dead, but soldiers were taught to ignore them until after the battle.  Occasionally a soldier took refugee behind a tree, rock, or in a ditch.

Artillery fire peppered the field.  Soldiers believed that if they kept moving, there was less chance getting hit by the artillery, although moving soldiers were hit as well as stationary ones.

The smoke from the gunshots and cannon soon -cover-ed the fields, making it difficult to see clearly.  Sometimes the soldiers moved through a hail of gunfire.  A participant at the Battle of Franklin remembered the Union fire as a “deadly hail of lead and iron,” and men who “fell at almost every step.”

With the intense gun and artillery fire, sometimes soldiers would break or run away from battle in fear.  After the battle at Shiloh, where some green, or new, Union regiments broke, Union Gen. William T. Sherman* reprimanded both officers and men, calling them cowards.  He threatened to put them in the front line of the next battle with the artillery behind them.  If they attempted to run again, he said, their own artillery would open fire on them.

When the two lines of soldiers finally met, the fighting was sometimes hand-to-hand with soldiers using their bayonets to stab, their muskets as clubs, or even picking up rocks and sticks.  At some point the offensive line overran the defensive line, or fell back unable to move forward, ending that charge.

The battle, however, continued on other fronts as other charges and counter charges were made.  Sometimes the men rested between charges, other times they were stationed out in the hot sun or cold weather.

The commanders of each army moved their men around trying to find some advantage.  Advantage is usually defined as high ground or a location that the army is able to control.  Sometimes, like the battle at Shiloh, the fighting ceased for the night and then resumed the next day.

Dig Deeper:  What are the three main parts of an army’s attack or defense?

At some point, one of the commanders would have decided that he has lost any advantage and cannot take control of the battlefield and calls for a retreat.  Sometimes both commanders would decide it was a stalemate that no one can win and both armies withdrew from the field.

The winner was usually the army who retained control of the battlefield, although this wasn't always the case.  After the Battle of Franklin, the Union Army withdrew from the field and moved back into Nashville.  In this case, the army which lost the most men, the Confederate Army, was considered the loser.