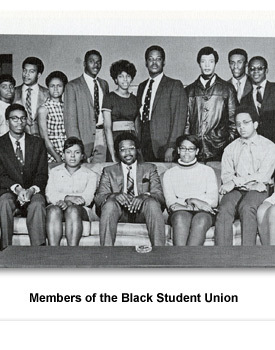 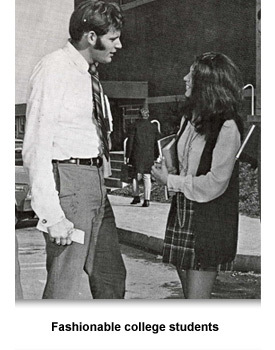 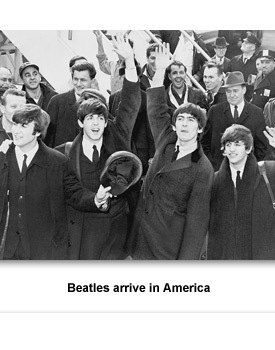 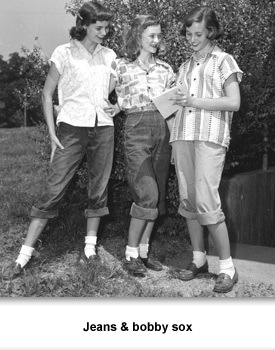 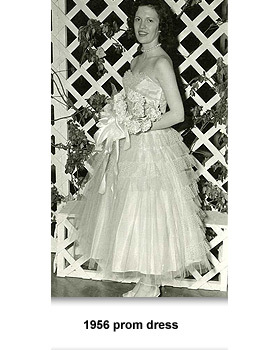 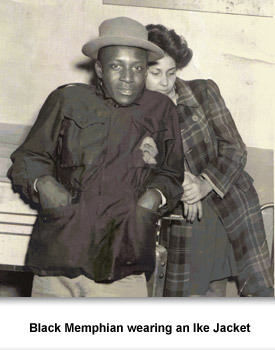 This was the first era when teenagers did not dress like adults or children, but instead had their own styles.

Boys' styles did not change as much. Shortly after the war, "Ike" or Eisenhower-style military jackets were popular, but boys in the 1950s regularly wore jeans and white T-shirts.

In response to the rock and roll style clothing, many schools had dress codes in the 1950s. Boys couldn’t wear duck tail hair cuts or have long hair. Girls couldn’t wear pants or heavy makeup.
With the popularity of the Beatles, the Rolling Stones, and other English groups in the 1960s, teenagers began to imitate English styles, sometimes called “mod” for modern. Boys wore longer hair. Girls wore shorter skirts with patterned stockings.
Schools at first resisted the students’ fashion changes. As late as 1968, Middle Tennessee State University female students had to go to gym classes by walking along the outside of campus because the school refused to allow students to wear shorts on campus during the week.
In the early 1970s, Metropolitan Nashville schools finally allowed female students to wear pants to school instead of requiring dresses or skirts.