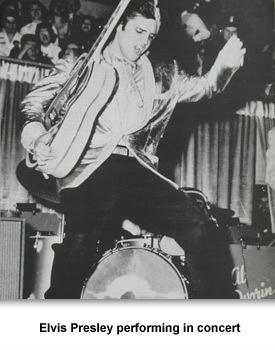 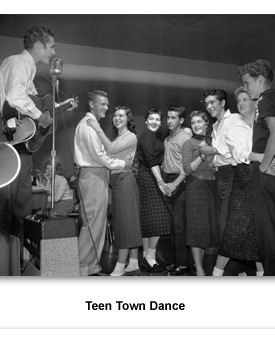 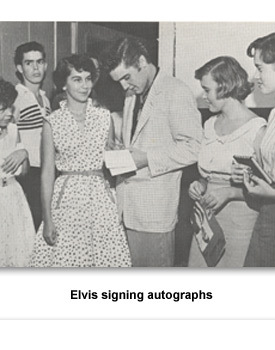 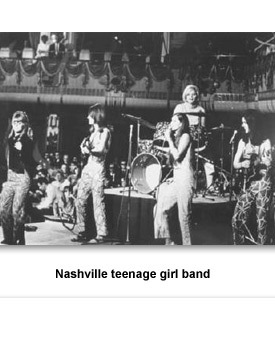 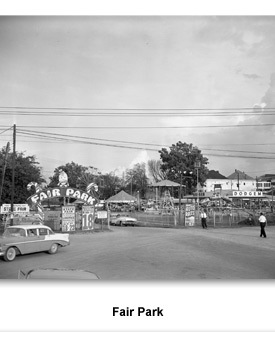 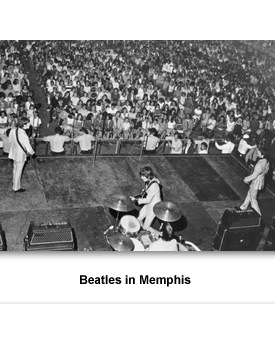 Teens often hung out in drugstores like the Elliston Place Soda Shop on Church Street in Nashville where they drank fountain sodas, chocolate shakes, and bottled soft drinks, and listened to their favorite 45 RPM records on table-side jukeboxes.
Like today, teenagers wanted their own cars. Boys often purchased older cars called "jalopies."  If they had a car or could borrow their parent’s car, teenagers went on dates or cruised with their friends. Cruising involved driving around certain local spots looking for familiar faces or new people to meet.  It also involved playing the car radio loudly.

Elvis and other rock and roll performers became popular with all teenagers, black and white, working class and middle class. Teenagers listened to rock and roll music on the radio, record players, and on television. Popular songs celebrated teen life.

Going to school
Football players and cheerleaders were usually the most popular high school students throughout the era. There were also the smart kids, the misfits, and the kids in between—much the same as today.

More students were encouraged to go to college after high school. Enrollment at colleges increased 56 percent between 1950 and 1960. Although the majority of those attending college were white males, there was also large increase in female and black college enrollments.
There was also an emphasis on studying science and mathematics in the 1950s, as the country was in the middle of the Cold War. Leaders felt that the country would need more doctors, scientists, and engineers to counter the Soviet Union in the future. The National Science Foundation increased its educational budget from $1.5 million in 1952 to $84.5 million in 1962.
Sports teams were popular, and teens spent a great deal of time at high school sports events. Schools would hold “sock hops”, dances held in the gym where everyone would have to remove their shoes to keep from damaging the floor. They danced in their socks—thus "sock hop."
Dig Deeper: What did teenagers do for fun in Nashville during the 1960s?
During the 1960s, the teen world remained centered around school, but some important changes took place. As social protest movements grew, more teens experimented with free-style dress. Girls wore miniskirts and bikinis with flowered or psychedelic patterns, for example.
Many teen boys began to grow their hair long. They also picked up on the "hippie" style, wearing tunics, flowered shirts, and sandals. Around the same time, the black pride movement persuaded African American teenagers to go natural, wearing African-inspired prints and Afro hair styles.