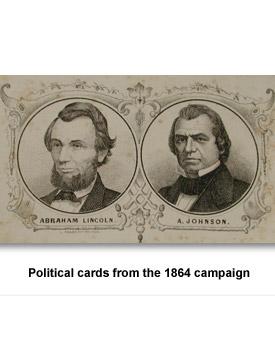 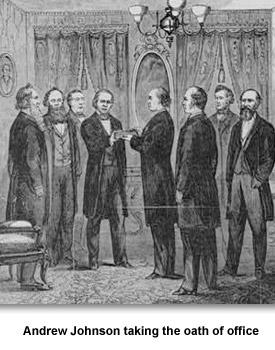 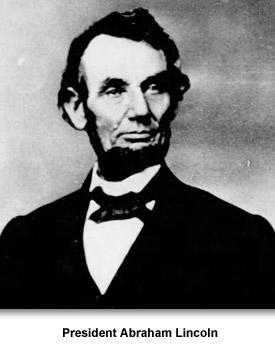 When Andrew Johnson returned to Washington in 1857, the issue of secession was being debated. Southern states wanted to be able to leave the union and form a new country--one that allowed slavery.

Although Johnson defended the institution of slavery, he also believed that secession was illegal.  Under the U.S. Constitution, Johnson said, no state had the right to withdraw from the union.

In a speech to Congress in December 1860, Johnson called for states to stand by the constitution and “in preserving the constitution, we shall save the Union; and in saving the Union, we save the greatest government on earth.”

Johnson also quoted President Andrew Jackson from the 1833 nullification crises with South Carolina.  “General Jackson…declared:  ‘(a state) has no constitutional power to withdraw itself from the union of states.’”

This speech made Johnson a hero in the north and a traitor in the south.  Demonstrators in Nashville and Memphis burned him in effigy.  (This means they took a puppet or picture to represent him and burned it to show dislike.)

Johnson actively campaigned against Tennessee joining the Confederacy.  When Tennessee seceded in June 1861, Johnson was serving as a United States senator.  He refused to leave his position in the federal government.  He returned to Washington as a hero for supporting the Union.  He was now a politician who had influence.

Johnson believed that secession had been forced on the common people of the South by rich aristocrats.  He blamed rich southerners for the war and supported punishing them.

Johnson encountered a lot of anti-Union opposition in Nashville.  He tried to persuade citizens to stop supporting the Confederacy.

However, he was willing to use the power of the government to stamp out secession.  For example, he arrested Nashville’s mayor, several church ministers, and many newspaper editors because they were pro-Confederate.  Johnson also supported Lincoln’s Emancipation Proclamation.

In the election of 1864, Lincoln chose Johnson to join him on the ticket as the vice presidential candidate.  Johnson was a Democrat from a border state whose loyalty to the Union couldn’t be questioned.   Little did Johnson or most Americans suspect that he would soon be president.

Dig Deeper:  Did you know that Vice President Andrew Johnson was also a target of the assassins?