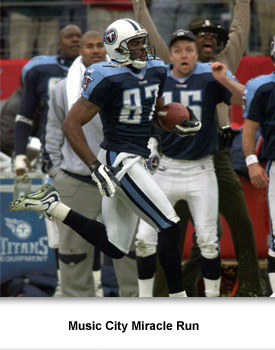 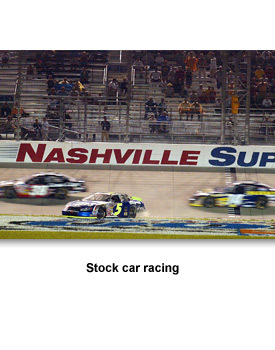 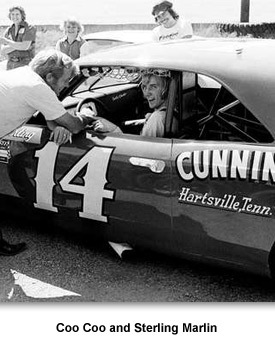 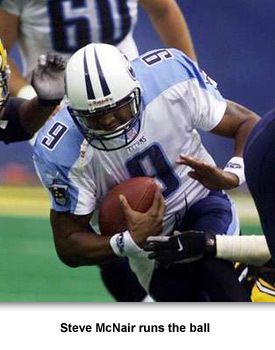 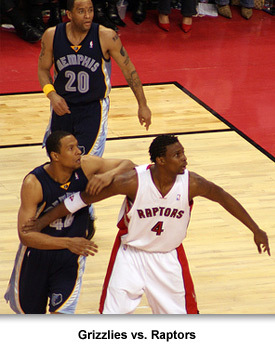 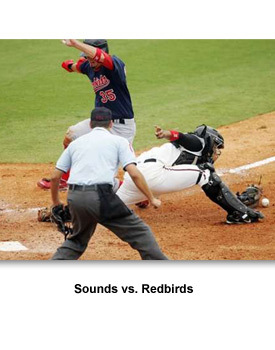 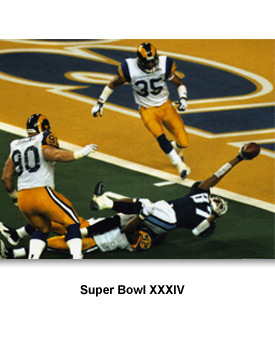 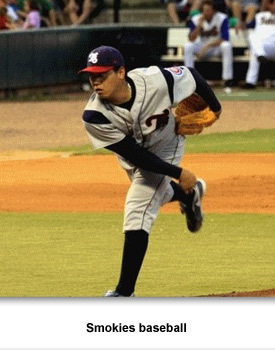 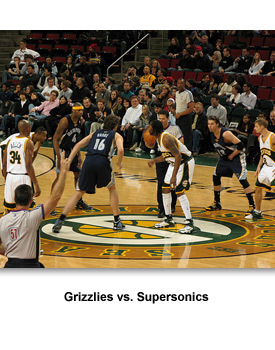 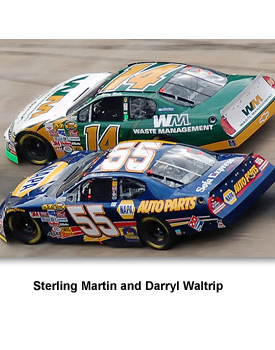 While waiting for its new Nashville stadium to be built, the Titans played in Memphis in 1997, and then at Vanderbilt stadium in 1998.
The Titans opened in the new stadium, now known as LP Field, in 1999 and had a 13-3 record, never losing a game at home that year.

In the first round playoff game, the Buffalo Bills went up by one point with only 16 seconds left. The Titans responded with a play on the Bills kickoff with Frank Wycheck making a lateral pass to Kevin Dyson. Dyson took the ball 75 yards for a touchdown and the win, which soon became known as the “Music City Miracle.”  The play is still listed by sports publications as one of the best football plays of all times.
The Titans went to Super Bowl XXXIV the same season, where they were defeated by the St. Louis Rams. Time ran out as Titans quarterback Steve McNair completed a pass to Kevin Dyson who was tackled one yard short of a touchdown that would have tied the game.
Since then, the Titans have won their division and made the playoffs several times including playing in the AFC Championship game in 2002. In 2008, the team again finished with a franchise best record of 13-3, but lost their home playoff game.
The team has been embraced by sports fans across the state. Every home game since the Titans started playing at LP Field has been sold out.
Other professional teams
The Nashville Predators are a professional hockey team that has played in the National Hockey League (NHL) since 1998. Although professional hockey teams have played in the state, the Predators were the first from the NHL. The team has struggled to regularly bring in large crowds. New ownership in 2007 succeeded in increasing attendance.
Memphis captured the third professional team to move to the state when Vancouver Grizzlies team owners petitioned the National Basketball Association (NBA) to move the team because of disappointing ticket sales. The NBA approved the request, and the team relocated to Memphis in 2001, keeping the Grizzlies name.
Tennessee still has several minor league professional baseball teams. The teams, sometimes called farm teams, are usually associated with a major league team, and staffed with players from that team who need more practice before major league play. Even though the players can be called up (moved to the major league team) at any time, fans of minor league teams still enjoy the games.
Minor league teams have been around for decades and often change team association and names. Currently in the state, the Redbirds are playing in Memphis, the Diamond Jaxx in Jackson, the Sounds in Nashville, the Lookouts in Chattanooga, and the Smokies in Knoxville. To learn more about minor league baseball teams in the state, click here.


Racing
Going to stock car races or watching them on television was a favorite pastime for Tennesseans in this era.
Stock car racing supposedly had its beginnings in bootlegging during Prohibition. Drivers would pick up bootlegged (illegally-made) liquor made in the Appalachian area of the U.S., where they could hide stills in the mountains, and drive it to businesses who sold it illegally.  Drivers used small, fast vehicles that they modified in order to escape law enforcement officers.
Even after Prohibition ended, bootleggers still ran illegal whiskey on which taxes hadn’t been paid. Young men who learned to drive fast while bootlegging dis-cover-ed they could also make money racing their cars on a track.

It was called “stock” car racing because they used cars that came off car lots--the “stock” that car dealers had. It began as a mostly Southern sport, but by 1990 stock car racing fans could be found all over the U.S.  NASCAR, originally a family-owned business, is the largest sanctioning (sponsoring) body of stock car racing in the U.S.  Only professional football games pull in more television viewers than NASCAR races.
One of the better-known tracks is the Bristol Motor Speedway. Built in 1960, the track has been expanded over the years. By 2000, it could hold 147,000 fans making it the largest sports venue in the state.  Bristol hosts two annual Winston Cup events. Tennessean Darrell Waltrip holds the record for the most Winston Cup victories at the track at 12.

The Nashville Superspeedway, near Lebanon, was built in 2001, and hosts three major races each year.  It has a seating capacity of 50,000.