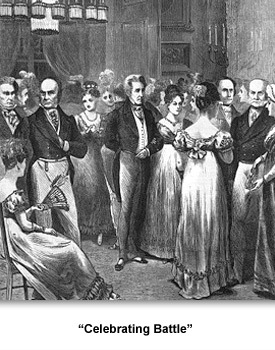 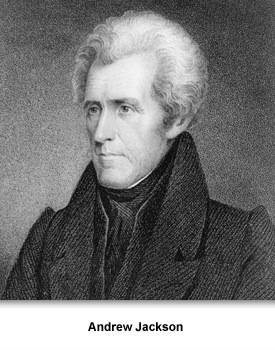 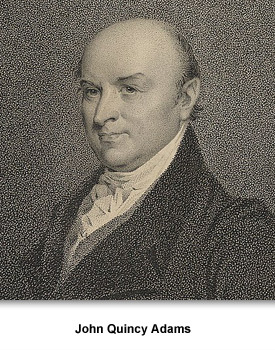 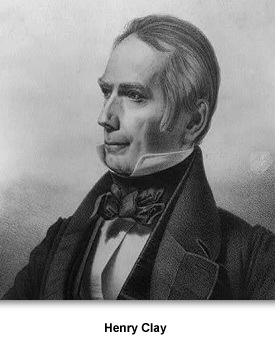 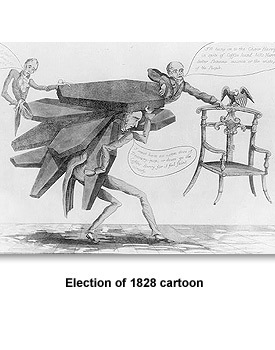 After once again serving as one of Tennessee’s U.S. senators, Jackson decided to run for president in 1824. His opponents were John Quincy Adams, Henry Clay, and William Crawford.
In the election, Jackson received the most popular votes for president and the most electoral votes. But he needed to have a majority of the electoral votes, and he was 32 votes short.
Under the U.S. Constitution, when no candidate has a majority of the electoral votes, it goes to the U.S. House of Representatives, and they decide who becomes president. Only the top three candidates are presented to the House, which left out Clay, who had the least votes.

Jackson thought he would win. He came to Washington, bringing Rachel, who rarely traveled, with him.
Clay, who was from Kentucky, and Adams had a private meeting before the House vote. During the vote, the Kentucky votes went to Adams even though he did not receive one single popular vote from the state during the election. Adams won the House vote, and became president. He selected Henry Clay to be his secretary of state.
Andrew Jackson and many other people thought he had been cheated out of the presidency by Adams and Clay. He was also angry because he felt politicians had voted against the wishes of the people of their states.
Jackson wrote, “I weep for the Liberty of my country. The rights of the people have been bartered for promises of office,” he continued. He even called it a “corrupt bargain” between Adams and Clay.
Dig Deeper: Was it a corrupt bargain?
Jackson thought his opponents manipulated the political system in an unfair way. He felt it was a betrayal of all the voters who chose him for president.  This loss helped develop Jackson’s belief that U.S. senators and the president should be elected directly by the voters.
Dig Deeper: Are U.S. Senators and the President elected directly by voters today?
In 1828, Jackson ran for president again. During the campaign, the other side tried to make him look bad by reminding voters about the problems with the timing of his marriage to Rachel. They pointed out questionable actions Jackson had taken as a military commander. Today we would consider it a very negative campaign.
But it didn’t matter what was said. Jackson’s opponent, President John Quincy Adams, was very unpopular. Jackson won by a large majority. He won the overwhelming support of Tennessee voters. Many state residents were proud to have someone from Tennessee elected to such a high office.
All the previous presidents had been from Virginia or New England. Andrew Jackson was the first president from the American frontier . He represented a new direction for the nation.