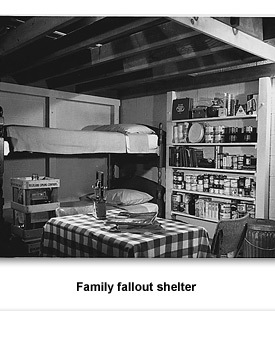 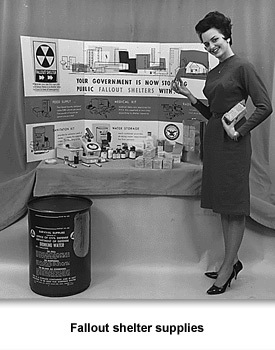 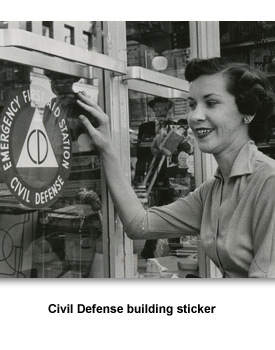 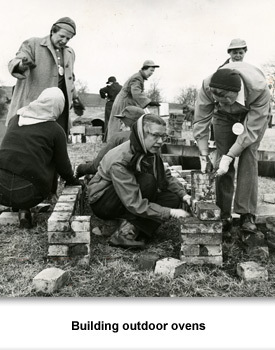 During the Cold War, civil defense was primarily seen as helping people who were not in the direct target area to survive a nuclear bomb.

Read more about radioactive fallout from a government pamphlet. Nuclear warning sirens were erected in cities to warn the surrounding neighborhoods of impending attack. The sirens would be periodically tested. Radio and television stations regularly interrupted their programming to run warning signals. The prerecorded announcement would say, "This has been a drill..." It is not surprising that Americans were fearful about a nuclear attack.
Nuclear fear led to a new market for fallout shelters.  Home economics classes taught girls how to stock such a shelter with food and supplies in the event of nuclear attack. The government created official films on shelters, praising their value and advising homeowners on how to use them. Dig Deeper: Would drills and fallout shelters really have protected lives?

At school, children were taught to hide under their desks in the case of a nuclear attack. They even had practice drills.  Office buildings and schools were designated as Civil Defense fallout shelters. Watch a program from the 1950s about Civil Defense.