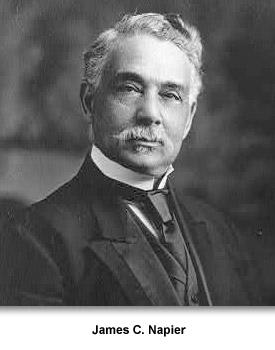 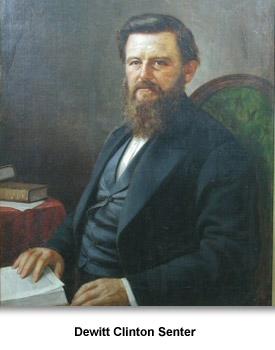 Some Tennesseans disagreed with the reforms made by the Radical Republican governor and legislature. By 1869, there was growing public support for returning the right to vote to former Confederate men.
Reconstruction Governor William Brownlow decided to give up his office to run for  United States senator. Both Democrats and conservative Republicans seized their chance to end the Radical Republican’s control of state government.
DeWitt C. Senter, the lieutenant governor, served the few remaining months of Brownlow’s term as governor. Senter decided to run for governor in his own right in the election of 1869.
In order to defeat his opponent, Senter sided with conservative Republicans and Democrats and publicly stated that he favored former Confederates regaining their right to vote. He won the election by many votes.
Conservatives also gained control of the state legislature and began reversing many of the laws passed by the Radical Republicans.
Another example of the return to power of former Confederates and their allies was the new state constitution approved in 1870. Most of the delegates elected to the constitutional convention were conservatives. They selected John C. Brown to be the leader of convention held to create the constitution. During the Civil War, Brown served as a general in the Confederate army and afterwards joined the Ku Klux Klan.
The convention proposed only a few major changes to the 1834 constitution. Most of the changes stemmed from their disapproval of the actions of Governor Brownlow and the Radical Republicans.
The new constitution guaranteed the right of all men to vote. However, the constitution included a poll tax—a tax that a person must pay in order to vote. Poll taxes kept many poor African Americans and whites from voting because they could not afford to pay it.
By 1870, the political alliances that would define Tennessee state political life for the next 100 years were largely set. Most conservatives and former Confederates eventually chose the Democratic Party.
The Democrats usually dominated political elections in Middle and West Tennessee. In contrast, East Tennessee remained a stronghold of Republicans.
The hope that African Americans had for full participation in state government was dashed. A group of African American leaders led by James C. Napier  traveled to Washington D.C. to protest the violence and unfair practices that occurred in the 1869 election that brought the conservatives to power, but the federal government refused to help them.
Some African Americans continued to be active in politics, especially in cities like Memphis and Nashville. However, the role of black voters in Tennessee politics decreased due to factors like poll taxes and voter intimidation.