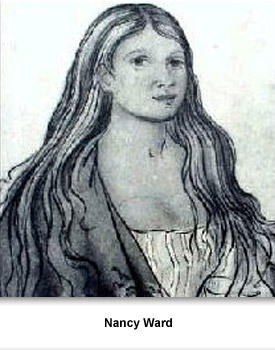 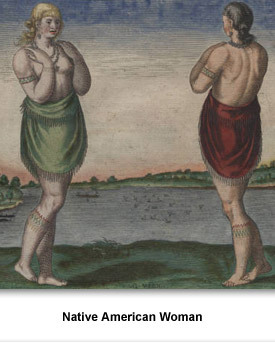 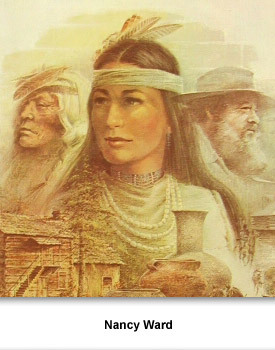 All tribal people were equal in terms of personal liberty. Recognition was based on merit—some superior ability or virtue. Cherokees were impressed by a tribe member’s speaking ability and often rewarded the speakers with power in their councils.
Once in power, the leader had to continue to demonstrate his abilities. If a war leader was thought to have spiritual impurity, Indians believed that this could lead to injuries or deaths. If several warriors died in battle, the leader was believed to be out of divine favor, and could be demoted or even put to death.
One European observed that no government could be contrived "where the equality of mankind is more Justly observed" than among the Chickasaw. This remark and other references indicate that all adult tribal members – including women – were free to make their own political choices, whether it was voting for a chief or joining with English or French traders.
Nonetheless, a tribal member's thinking was influenced by members of his or her clan, especially by the elder women in this Matrilineal society.  Since marriage within the clan was forbidden and a male member of a clan went to live with his wife's family and clan, he could be influenced by them as well.
Spiritual leaders also had a great deal of influence, by virtue of their ability to contact and bargain with the Upper and Lower Worlds. Finally, all concerned parties used their speaking skills in the village council house, hoping to persuade community members to their way of thinking on any proposed course of action.
Beloved Woman or War Woman
There were titles given by the Cherokee in honor of great individual actions. Warriors could be called Outacity or Man Killer, or Colona which means Raven. Old warriors or War women might be given the title of Beloved Man or Beloved Woman.
Usually only one woman went to war with the tribe. Her duties included taking care of the camp, keeping the fires going, and cooking the food. Some women who had excelled at the job might receive the title of War Woman. Part of her duties included preparing the warriors' Black Drink, a sacred ritual prior to going to war.
The Ghighua, or Beloved Woman, was a prestigious title given only to women who had performed important deeds for the tribe. The Ghighua headed the Council of Women and held a voting seat in the Council of Chiefs. The Ghighua was given the responsibility of prisoners and would decide who lived or died.
Nancy Ward
One famous Beloved Woman in Tennessee history was a Cherokee woman named Nanye-hi. Later she took an English name of Nancy Ward. Nancy Ward received the title of Beloved Woman when she rallied Cherokee warriors during a battle after her husband was killed. She was only 17 years old.
Later she was credited with saving the life of Lydia Bean, who had been captured by Indians and was going to be put to death. Nancy Ward also warned John Sevier about planned attacks on the settlers.
Ward spoke to negotiators at a treaty conference in 1781. She said she spoke for both Indian and white women and called for a lasting peace. “We are your mothers; you are our sons. Our cry is for peace…” The settlers’ negotiator, Colonel William Christian, said her pleas had a great emotional effect on the men. The resulting treaty was one of the few times the white settlers did not take land from the Indians.
For more information about Nancy Ward, click here.


Indians & Cultural Encounters >>  Indian Life >>  Who Was in Charge >>  Equality