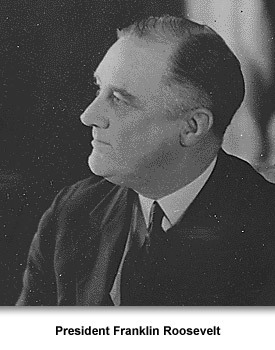 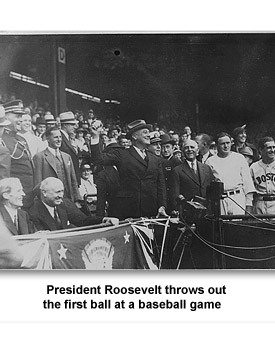 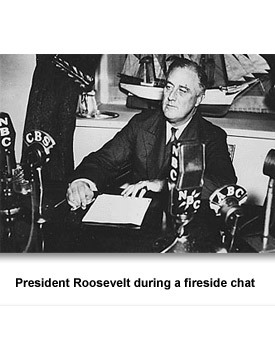 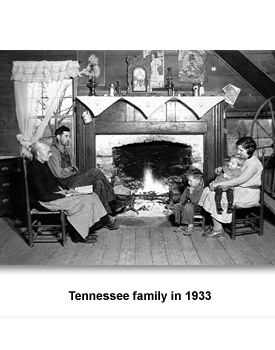 In 1928, the majority of Tennessee voters supported Herbert Hoover for president. Four years later, after the Great Depression had begun, most decided it was time for a change.
Tennesseans and most Americans voted for Franklin D. Roosevelt for president.  They expected Roosevelt to work hard to address the Great Depression and the many problems caused by it.
Roosevelt did not disappoint them. In his inaugural speech, he said “the only thing we have to fear is fear itself.” Dig Deeper: What did Roosevelt mean?

On the day after he was sworn into office, he declared a bank holiday (closed banks), and then called Congress back for a special session to deal with the problems caused by the Depression.
He also inaugurated a radio program, called fireside chats. Roosevelt would discuss the nation’s problems and what he was doing to solve them. It gave the American public a sense that the president really cared for ordinary people.
Roosevelt called for a New Deal for the American public. Over time, many federal programs like the Civilian Conservation Corps, Social Security, and the Tennessee Valley Authority grew out of the New Deal idea.
Tennesseans were in a good position to benefit from these new programs.   The state had some important senators and representatives in leadership positions in Congress. These Tennessee politicians were in position to direct federal dollars to their home state. Also, state and local governments and everyday Tennesseans seized available opportunities to secure federal funding and jobs.
At the time of Roosevelt’s inauguration in 1933, newspapers throughout the state commented on Tennesseans’ positive reactions. People believed that Roosevelt could really improve the economy.
Read an editorial from the Kingsport Times.
Tennesseans and other Americans were willing to accept significant changes if they would improve the economy. And they were ready for the federal government to step in.
To learn more about President Herbert Hoover and the early years of the Great Depression, go to the website from the Hoover Presidential Library and Museum.
To learn more about President Franklin Roosevelt, go to the website for the Franklin D. Roosevelt Presidential Library.