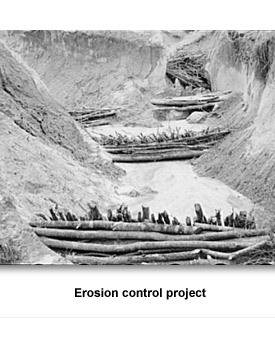 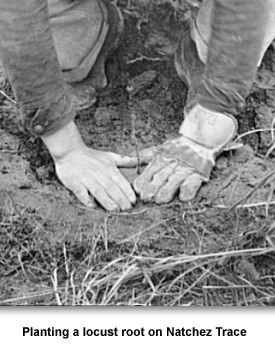 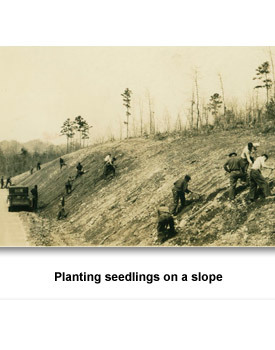 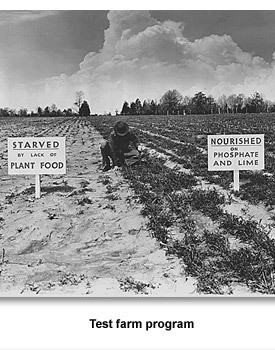 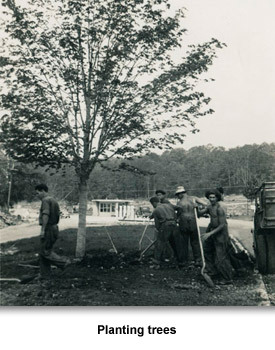 By the 1930s, much of Tennessee’s land was in poor condition.  Over time, bad farming practices, cutting down trees, and other factors led to soil erosion.


In 1935, the United States Department of Agriculture published a study of Tennessee’s land.  The study concluded that millions of acres of Tennessee land were damaged.  Some land was in such bad shape that it could not be used to grow crops anymore.

The Civilian Conservation Corps (CCC) also helped fight soil erosion.  They planted thousands of trees in places like Bradley County, Tennessee.  CCC workers also made ditches and dams to channel water and used techniques like terracing the land to preserve the soil.

Read about one Tennessean’s memory of conservation programs.