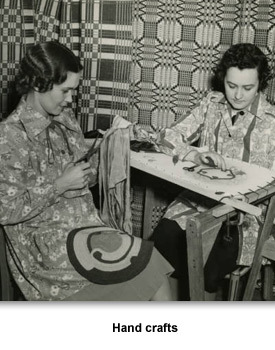 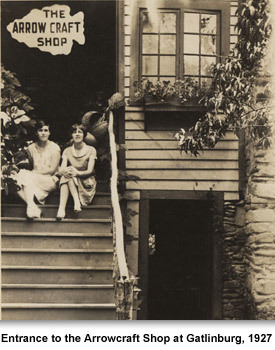 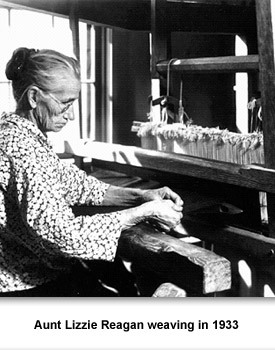 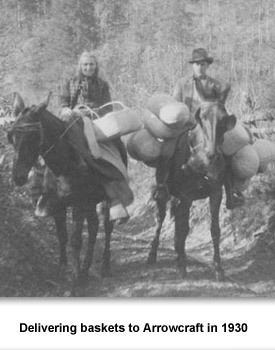 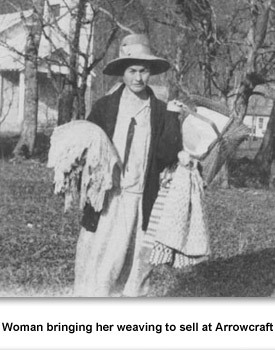 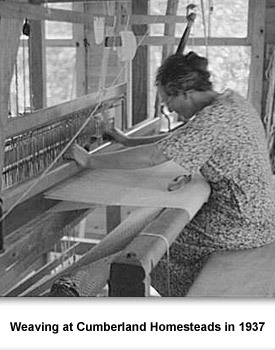 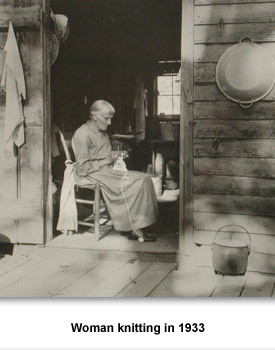 Many artistic items made during the
Great Depression were practical. They were made to be attractive, but they were also useful. This included such items as quilts, furniture, baskets, pottery, needlework, metal work, and carvings.
During the Great Depression (and at other times), many people depended upon selling their handicrafts to provide them with needed extra income. The crafts artists would sell works like baskets, brooms, or carvings at a local store, by the roadside, or at a craft shop.
Quilting
Quilts, both attractive and useful, were made by women in both city and rural areas. Women could use their artistic flair to design and piece a quilt while using their sewing proficiency to stitch it. Quiltmaking had become popular in the 1920s as people became more interested in traditional crafts.
Books were published about quiltmaking. Quilting patterns could be found in women’s magazines and even the newspaper.

Most of the major newspapers in Tennessee in the 1930s carried quilt columns offering advice in addition to patterns. There were local and national competitions for the best quilts.
Anne Orr of Nashville became a nationally known quilt designer in the 1930s. She began with designing cross-stitch patterns for needlework. She wrote a column for Good Housekeeping magazine for 20 years.

Orr also had a mail order business for her cross-stitch and quilt designs. Ironically Orr did not cross-stitch or quilt herself; she said she was the designer.
During the Depression, women had to “make do” with whatever material they had.  String quilts which could be made from small pieces of fabric became popular. Empty sacks which had contained grain, flour, or sugar would be reused in quilts and even clothing.
Other crafts
Basketmaking had always been one of the state’s traditional crafts. Baskets were important home equipment used to gather, measure, store, and carry items. Local stores would buy well-made baskets to sell to their customers.
Making wooden chairs and other basic furniture was also a traditional craft. Chairmaking usually wasn’t a full-time job. Many farmers did it in the winter, while their fields were bare, as a way of bringing in more money.
Knoxville held an annual “fiddlers’ contest” every year during the 1930s where local performers showed off their talent. Music was a traditional form of entertainment in homes. There was a demand for hand-made dulcimers, fiddles, guitars, and other musical instruments.
Craft schools & groups
Pleasant Hill Academy, in Cumberland County, began a crafts department in 1930. The school wanted to “develop skill…which will be a joy and service to them (its students).” The woodworking department was divided into three sections: shop workers, whittlers, and carvers.
The Pi Beta Phi Settlement School in Gatlinburg had been established in 1912 to bring education and healthcare to local people. They soon realized that the local residents needed a way to make money. In 1914, the school began to purchase baskets, coverlets, and other crafts to resell. The school opened a store, Arrowcraft Shop, to sell craft items. They also began weaving and other classes for adults.
During the Great Depression, some school staff members occasionally went without pay so that the school could continue paying the craftspeople for their wares. The school, along with other Appalachian craft schools, including the Cedar Creek Community Center in Greenville, Tennessee, formed the Southern Highland Handicraft Guild in 1930 to promote the marketing of their craft items.
The guild organized its first exhibition of “Southern Highland Handicrafts” in 1933. This exhibition traveled to Washington D.C., New York City, and other cities around the country. The catalog for the exhibition shows such items as woven wool scarves, woven towels, pillow tops, runners, afghans, baskets, fans, and brooms from Pi Beta Phi Settlement School; furniture from the Wood Craft Shop in Gatlinburg; wood carvings from Pleasant Hill Community Crafts; and rugs from the Shuttle-Crafters in Russellville, Tennessee