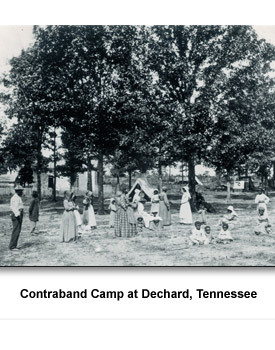 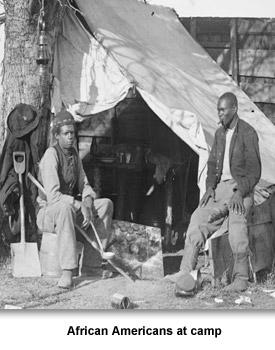 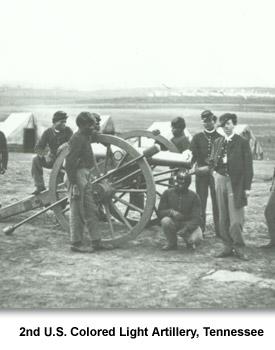 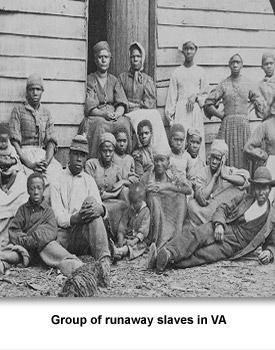 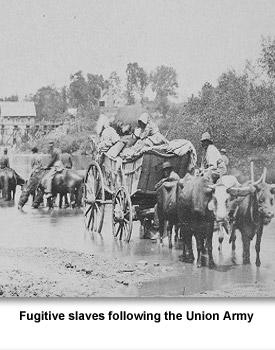 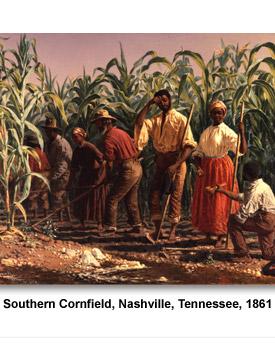 The war mostly halted the state’s slave economy.  Some slaves either refused to work or abandoned their jobs to follow the Union army.  Others, like Nat Love’s family in Davidson County, stayed on the plantation, doing their duties throughout the war.

Since the onset of the war the Confederate army had used slaves in non-combat jobs. Almost immediately following secession, Governor Isham Harris requested 5,000 slaves to help build forts in preparation for war.

The Union army had a policy of returning slaves to their respective plantations at first. Officers soon realized the slaves’ value in the war effort and started using them.

Congress authorized the use of blacks in the military in 1862.  The Confederacy also considered their use as soldiers, finally authorizing their service in March 1865 right before the war ended.

Although not a soldier, Nat Love’s father was taken by his owner to serve him when the owner joined the Confederate army.  Other blacks seized the opportunities for freedom by running away or by joining the army.  It is estimated that 20,000 African Americans in Tennessee joined the Union army.

Many African Americans from rural counties adjusted to city life by first living in contraband camps and later shanty towns on the outskirts of cities. In 1862, Union General Ulysses S. Grant ordered Chaplain John Eaton to provide tents, blankets, and food for the former slaves who had surrounded his army looking for help.  Eaton established Grand Junction, a contraband camp in West Tennessee with some 1,700 residents, the first of 17 such camps in the West and Middle Tennessee areas.

In south Memphis, contraband camps such as Camp Shiloh and Camp Dixie were very organized.  They included schools, churches, saloons, barber shops, acres of cotton fields, and even a sawmill.  Other blacks lived in the Beale Street area or worked as troops at nearby stations such as Fort Pickering. Contraband camps were established in most major cities such as Clarksville, Pulaski, and Chattanooga.

Some white city residents were disturbed by the camps and believed they would deteriorate into homeless areas.  In Memphis, blacks were required to carry proof of employment or risk possible imprisonment.

Some blacks were given rations such as clothing and food, but supplies were limited.  Food shortages, poor living conditions, and inadequate provisions were widespread.  Many camps did not have sanitary nor adequate housing conditions, resulting in numerous diseases and deaths.

Free black families faced mistreatment and struggled to secure livelihoods.  Black men were sometimes forced into labor by the Union Army, for example, in the building of Fort Negley in Nashville.  The Union army sometimes used the wives and children of black soldiers as laborers.  Although employed in a variety of tasks around camp, these families were seen as burdensome to the army.

For more information go to:
PBS on the Civil War and Emancipation
Contraband Camps, click here.