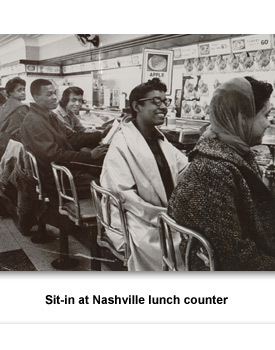 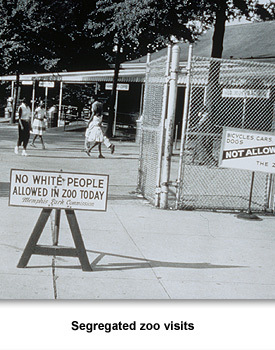 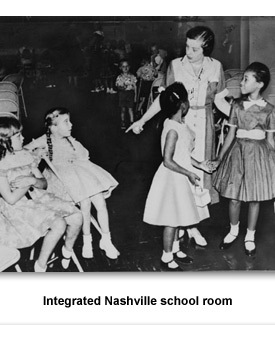 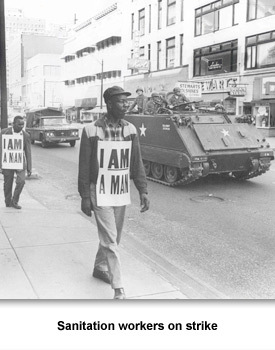 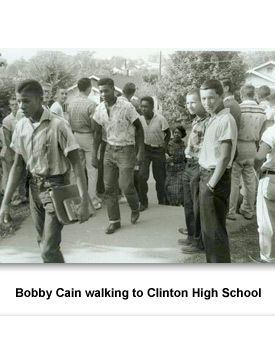 Life in Tennessee began to change dramatically after World War II. Technology changes and increased affluence made day-to-day life very different than before the war.
However, in many ways life for African Americans stayed the same. People who were black were not allowed to fully participate. Public facilities, such as restaurants, parks, or theaters, did not allow blacks inside or made them sit in “special” areas.
Signs proclaimed “for whites only” or “colored” in front of restrooms and water fountains. If black people got on a bus or train, they had to ride in special areas. Their children went to segregated, often poorly funded schools.
To some this way of life, controlled by Jim Crow laws , was more and more unacceptable. African American soldiers had fought in World War II against fascism and for freedom. Yet, when they came home, they were not fully free.
More and more African Americans began to try and change the laws which restricted their freedom. There were legal battles, protests, sit-ins, marches, boycotts, and other civil disobedience acts, all to push the federal government into passing or enforcing laws outlawing segregation.
These civil disobedience acts became known as the Civil Rights Movement. Tennessee was in the forefront of this movement. The first public school to be integrated in the South was in Clinton, Tennessee. Blacks in Fayette and Haywood counties lived in tents to try and force county officials to allow them to vote.
In Nashville, students at predominantly black universities led the way in non-violent protest beginning with a sit-in of Nashville lunch counters, and moving on to Freedom Rides and voter registration drives in Alabama and Mississippi.
No event in Tennessee between 1945 and 1975 was more dramatic than the Civil Rights Movement. The movement towards integration and equality did not happen quickly, and not all protest activities were successful. But by the end of this era, most public schools were integrated in the state, and segregated facilities and signs had disappeared.