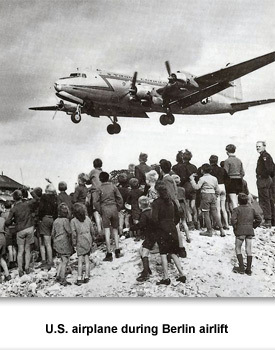 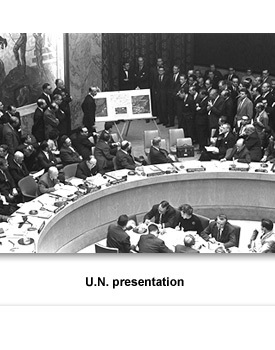 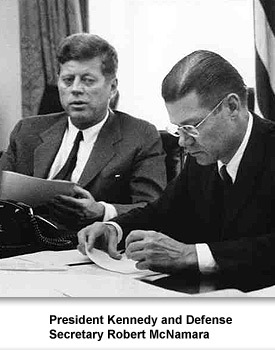 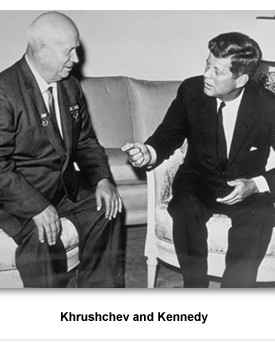 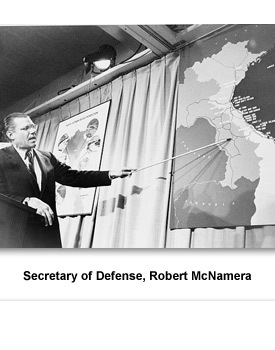 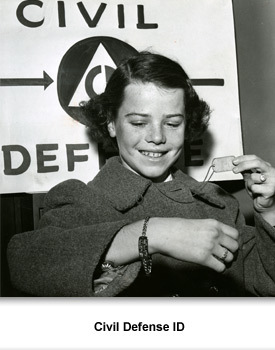 The United States came away from World War II seeing itself as world leader.

Having defeated the German, Italian, and Japanese forces of fascism , many Americans believed that U.S.-style democracy was the best model for governments of other countries to adopt.
In 1945 however, it became increasingly clear that the communist Soviet Union (USSR) posed a major challenge to this idea. The Soviets sought to retain control of the areas they had captured from Germany during the war. They wanted emerging nations to adopt communism as their form of government.
Puppet governments were installed in Soviet-occupied areas from the war. British Prime Minister Winston Churchill declared that the Russians had dropped an Iron Curtain to separate western Europe from eastern Europe. Dig Deeper: Why did Churchill call it an Iron Curtain?
Trying to avoid open conflict, the U.S. and USSR entered a period of tension and diplomatic contests. This era lasted from the mid-1940s to the early 1990s. It was called the "Cold War."
Dig Deeper: Why was it called the Cold War?
Sometimes, as in the Cuban Missile Crisis and the Berlin Airlift, these contests became dangerous. People were worried that war would break out between the Soviets and the U.S. Since both countries had nuclear weapons, a war could bring worldwide destruction.
One Tennessean remarked, “Things changed dramatically when we all were watching television as Nikita Khrushchev (the Soviet leader) was shown at the United Nations pounding his shoe on a podium saying that he would bury us.”
The two most important conflicts of the Cold War were fought in Korea and Vietnam. In both countries, the war started out as an internal conflict between different parts of the same country. In both cases, the northern part of the country had ties to communist countries, while the southern part was aligned with the West.
Although the U.S. and USSR did not fight each other directly, the U.S. provided men and money while the Soviets provided arms and money. In Korea, U.S. forces fought against communist China soldiers.
Thousands of Tennesseans fought in the two wars, which had profound effects on the state and the nation for years to come.