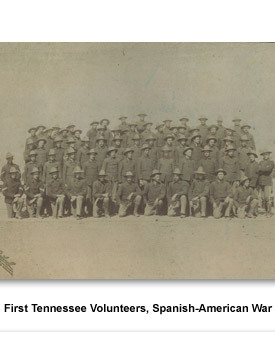 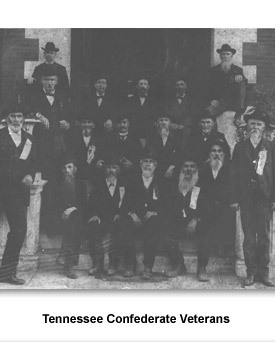 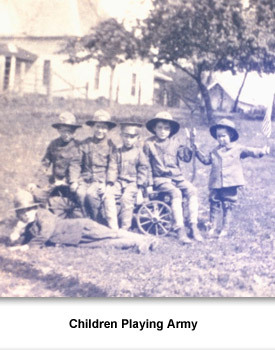 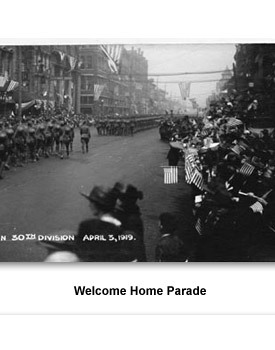 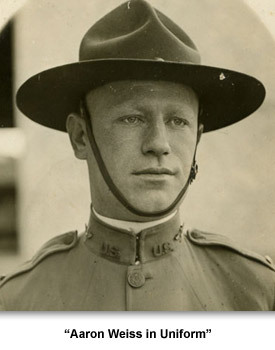 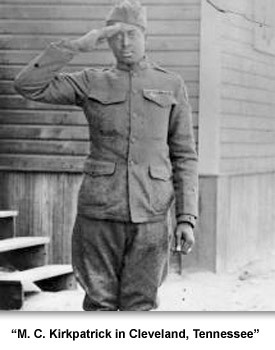 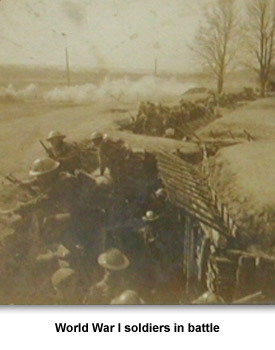 After the devastation of the Civil War, Tennesseans, like other Americans, wanted to enjoy a time of peace.

Eventually the memories of the Civil War evolved from the bitterness of defeat to nostalgia about the war. Remembrance ceremonies, commemorative statues and clubs for war veterans or relatives of veterans became common.

At the end of the 1890s, war, this time between the United States and Spain, broke out again. The Spanish American war was fought in Cuba and the Philippines. Tennesseans served in this war under the Stars and Stripes.

In 1918, Tennesseans again went to war as the United States joined war underway in Europe. More than 80,000 Tennesseans joined or were drafted into the armed forces to serve in World War I.

A Tennessean, Alvin C. York, who at first had religious doubts about fighting in the war, became the most decorated soldier of the war.