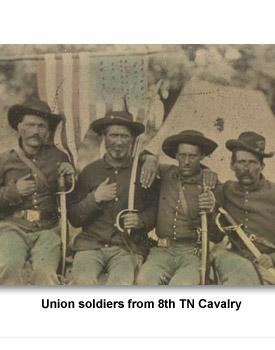 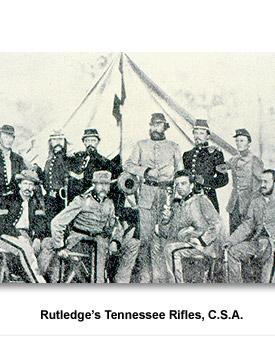 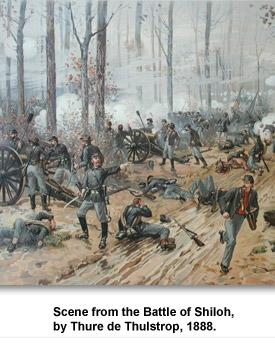 By 1860, the nation was coming apart.  Some southern states were unhappy with the election of Abraham Lincoln.  They decided to secede from the Union because they feared he would do away with slavery.  These states attempted to form a new country called the Confederate States of America.

Tennesseans were also divided on this issue.  In February 1861, Tennesseans voted against leaving the Union.  But after the Confederate attack on Fort Sumter in April, and President Lincoln’s call for volunteers to fight for the Union, Tennesseans knew that war was coming.  They felt they had to pick a side.

“Total war” engulfed the state.  The war affected both civilians and soldiers.  More than 100,000 Tennesseans joined the Confederate Army (also known as the South or Rebels) while 54,000 joined the Union Army (also called the North, Federals, or Yankees).

Tennesseans lived in the middle of war, and would not see peace officially restored until April 9, 1865.  During these four years of war, the state would undergo severe hardships, but eventually emerge as a united society.

"When Johnny Comes Marching Home" by the United States Military Academy Band, 2013. The lyrics were written by Patrick Gilmore, who said he got the tune from an African-American spiritual. Others have credited the tune to an Irish war protest song, "Johnny, I Hardly Knew You," from the late 1700s/early 1800s, although one researcher now says I Hardly Knew You took the tune from Marching Home. Whichever way it happened, the song was very popular after Gilmore's band, which had joined the Union army as a group, began playing it in 1863, and other bands picked it up. It was even popular on the Southern side.