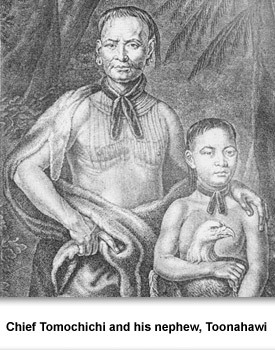 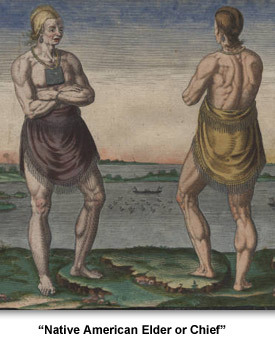 Who Was in Charge

There are not any native Indian documents that explain how 17th and 18th century American Indian politics worked.  All we know is from European accounts which may not be accurate since the writer may not have understood how the system worked.
Europeans were amazed by what they saw as government in the tribes. Henry Timberlake wrote, “Their government, if I may call it government…has neither laws or power to support it” He went on to say it “is a mixed aristocracy and democracy.”
Europeans were also surprised to learn that Indian political leaders had no real power to make people obey them. Indians of all Southeastern tribes, except perhaps the Natchez, governed themselves by consensus, persuasion, and influence. There were no written laws.
Men and women led their people because they were able to convince others to follow them. The chiefs were not kings, who ruled by divine right, but leaders who spoke on behalf of the people. These leaders could be removed if they did not fulfill their duties and promises.
Even though there was less social rankings among the tribes of Tennessee than in European society, rank did exist and was jealously protected. Indians wore symbols of their achievements and wealth. The community punished people who claimed honors that they did not earn.