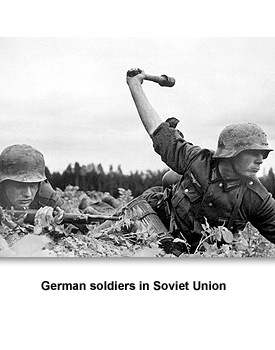 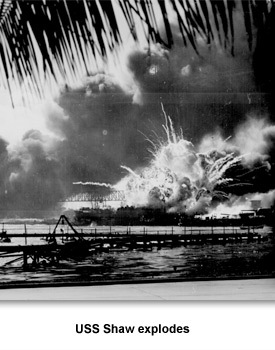 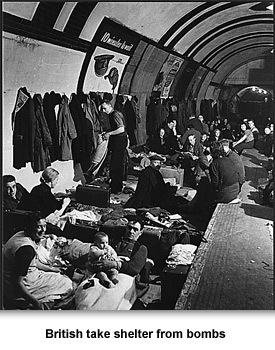 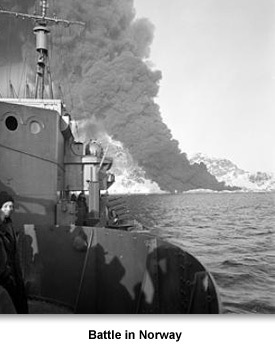 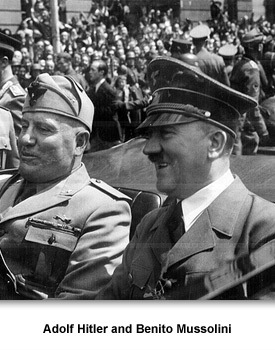 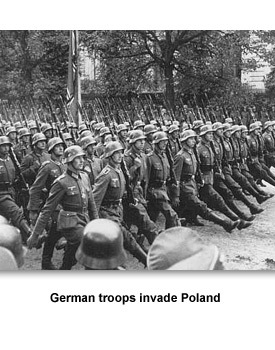 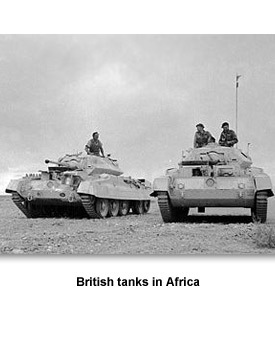 The dying began for many before it did for the U.S.
Three nations, Germany, Italy, and Japan, were willing to use force or the threat of force to gain what they thought should be theirs. Germany wanted control over other European countries while Japan wanted control of the Far East.
In Asia, the fighting had begun in 1931 when the Japanese invaded Manchuria, and then in 1937, China. In the West, Italians under Benito Mussolini conquered the African country of Ethiopia in 1935. Adolf Hitler had moved his troops into the Rhineland by 1936.
German troops entered Czechoslovakia in 1938. When they invaded Poland in 1939, Britain and France, who had signed a mutual defense treaty with Poland, declared war on Germany.
But Germany had developed a new way of fighting they called a “blitzkrieg” (a fast military offensive using ground and air forces). Poland was defeated in a month. Belgium, the Netherlands, and France fell in six weeks during the summer of 1940.
The British stood alone in Europe. But when the German Air Force failed to defeat the British Air Force as a necessary condition to an invasion of England, Hitler decided to attack eastward.  In June 1941, after Germany invaded Yugoslavia and Greece, Hitler attacked the Soviet Union.
Before Pearl Harbor was attacked in December 1941, all major countries in the world with the exception of the United States were at war. There were battles in North Africa, the Mediterranean, Russia, Indo-China, and China. At night German bombers attacked London and other British cities. In the Atlantic, German submarines controlled the sea lanes.
U.S. leaders believed that if Britain fell, Germany would turn on the U.S. next. So they attempted to help the British. President Franklin Roosevelt found ways to lend, sell, and then to give weapons to the British and later to the Soviet Union.
American leaders feared that Japanese militarists were coming more and more to dominate the Japanese government. They tried to put pressure on the Japanese government by freezing their assets in the U.S.
This only convinced the Japanese that they needed to neutralize or eliminate U.S. influence in the Far East. They decided to wipe out the U.S. naval forces at the Pearl Harbor naval base in the territory of Hawaii. The U.S. was about to enter the war.