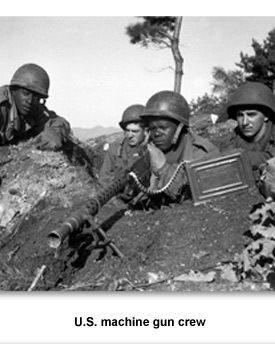 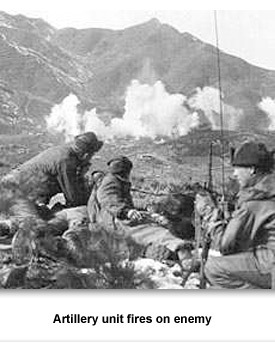 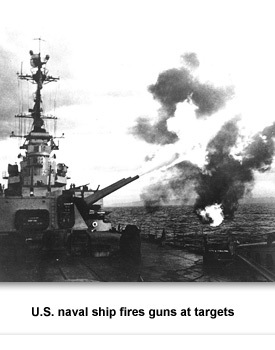 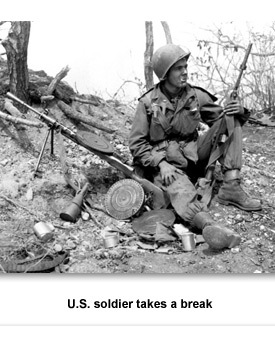 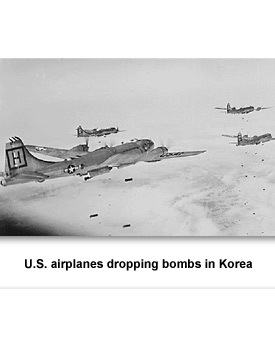 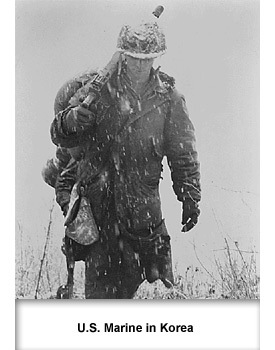 The Korean War (1950-1953) resulted from Cold War tensions between the East and West, and the ambition of a 33-year-old North Korean named Kim Il Sung to rule the entire country.
President Harry Truman had established the Truman doctrine, which stated that the United States would come to the aid of any country threatened by communism . But U.S. Secretary of State Dean Acheson seemed to exclude South Korea from U.S. protection—or so the Soviets thought.
Korea had been occupied by Japanese forces for decades before World War II began. After the Japanese were defeated in the war, there was no existing governmental structure in Korea. The war ended with the Soviets occupying the northern half of the country, and the U.S. occupying the southern part.
Both the U.S. and Soviets wanted a unified Korea, but each wanted a government friendly to its beliefs. The Soviets proposed a dual withdrawal, and the U.S. complied, leaving only military advisers in the country.

Both the Soviets and the Chinese continued to provide massive aid and arms for Sung. Sung, seeing an opportunity, invaded the South in 1950, nearly crushing the defenders.

At the urging of the U.S., the United Nations (U.N.) voted to counter the North Korean troops. Truman placed U.S. forces, commanded by U.S. General Douglas MacArthur , under the U.N. rather than ask Congress for a declaration of war.
MacArthur oversaw an amphibious (water to land) landing at Inchon, Korea, which by that time was behind enemy lines. U.N. troops, many of whom were Americans, pushed the North Koreans back to their pre-invasion positions.
When U.N. forces crossed into North Korea, the Chinese government warned that it wouldn’t accept U.N. troops in North Korea. MacArthur did not take the threats seriously, and continued to move his forces northward. Chinese forces crossed the North Korean border and began fighting U.N. forces in November 1950.
The U.N. and American troops were pushed back into South Korea. The U.S. government considered using nuclear weapons in early 1951, but chose not to use the bombs.

Peace negotiations finally began.   Eventually both sides settled around the 38th parallel as a dividing line between North and South Korea. It is still the border today. More than 54,000 Americans were killed during the fighting, including 816 Tennesseans. Probably two million people, both civilian and military, died during the war.
Tennessee's economy benefited greatly from war-related military spending. Atomic facilities at Oak Ridge were vital for producing nuclear stockpiles. Other temporary military installations, like the Milan Munitions Plant, became permanent, keeping Tennesseans employed.
More than 10,500 Tennesseans served, including three Medal of Honor recipients, Ray E. Duke , Charles Pendleton, and William Franklin Lyell, all of whom were killed.
In addition, the Korean War was the first in which US forces were desegregated. Prodded by African American organizations and former first lady Eleanor Roosevelt, President Truman issued Executive Order 9981  integrating the military in 1948. In Korea, African Americans served in all branches of the military.
For more information about the Korean War, click here.