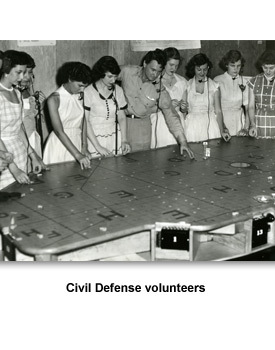 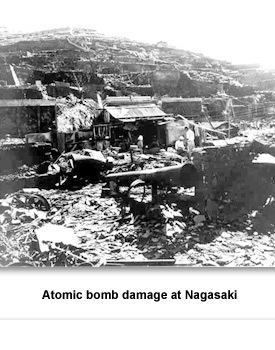 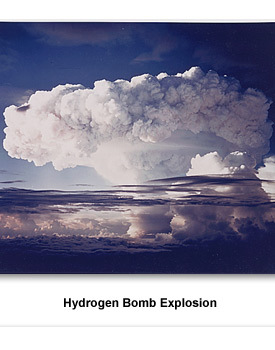 The Cold War changed American culture in a number of important ways. Fear of communism greatly increased due to rising tensions with the Soviet Union.

Dig Deeper: Why did Americans fear communism?
Politicians of both parties often tapped into that fear and ran for office based on how strong they would be against communists.  Fighting communism always involved the threat of nuclear war since both the U.S. and Soviet Union had nuclear weapons trained on each other.

President Dwight Eisenhower's military plan relied on nuclear stockpiles rather than land forces.  He hoped the threat of nuclear destruction would restrain the Soviets.
President John F. Kennedy pledged to be tough on communism. In 1962, during the Cuban Missile Crisis, the U.S. and Soviet Union came the closest they would ever be to nuclear war.

During this time, people in Tennessee and across the nation watched their televisions closely as they feared war could begin any moment.  They knew this war could be nuclear, bringing widespread death and destruction.
Increasing American fears was the development of the hydrogen bomb, many times more powerful than the atomic bombs dropped on Hiroshima and Nagasaki.

Both the U.S. and the Soviet Union had these weapons by 1953.  People had feared attack by atomic bombs; a hydrogen bomb attack would be vastly more damaging.

Tennesseans, and all Americans, were constantly reminded of their unstable circumstances. Science fiction and political movies, based on Cold War themes, were widely popular.

Movie themes included attacks by giant insects (a byproduct of nuclear experimentation), invasions from outer space (mirroring the public fear of death from the sky), international espionage, and communist infiltration.

President Dwight Eisenhower recognized the negative effects of nuclear fear on Americans. He cautioned people that "We do not have to be hysterical. We can be vigilant."
Throughout the 1950s and 1960s, internal and external threats seemed very real to Tennesseans. By the 1970s however, people began to worry more about practical concerns brought about by an economic downturn and energy crisis caused by problems in the Middle East.