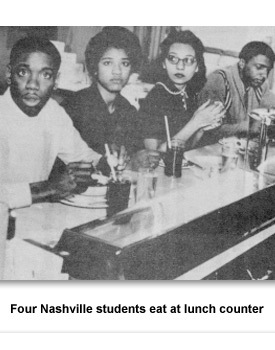 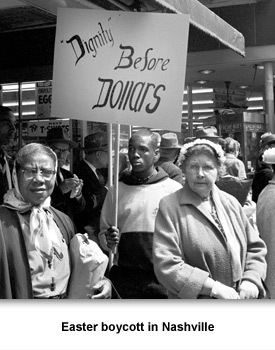 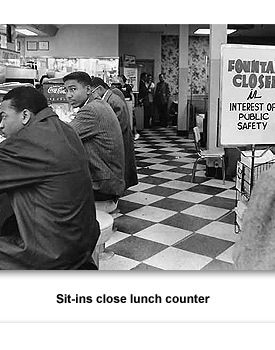 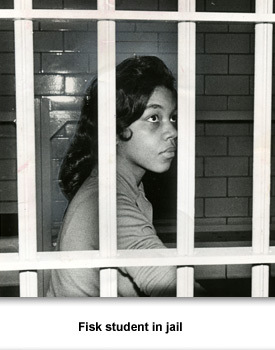 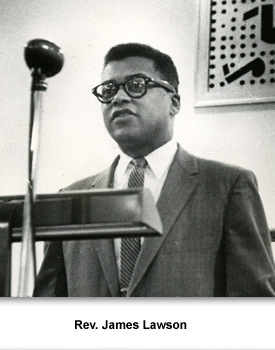 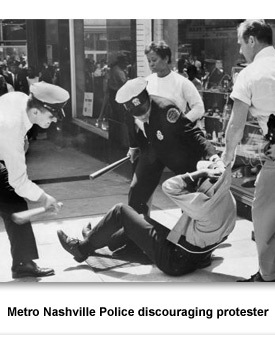 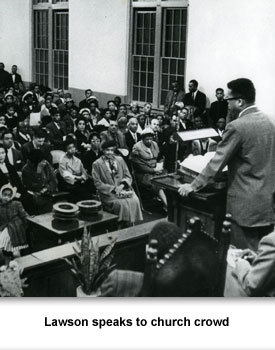 In the 1950s and 1960s, African Americans began to organize against segregation. It wasn’t enough to ask the federal government and courts for action.  Blacks went out and demanded change through demonstrations such as sit-ins and marches.
People who would become active participants and leaders in the Civil Rights Movement ended up in Nashville in the fall of 1959.
All these people came together and began the Nashville sit-in movement.

From there they went on to lead other protests across the South. They rode buses as part of the Freedom Rides. They participated in voter drives in Mississippi and Alabama. Some were even beaten and jailed.