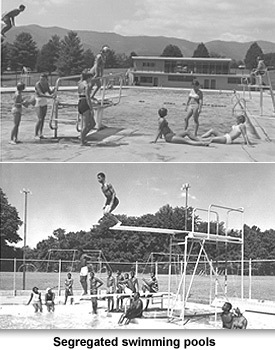 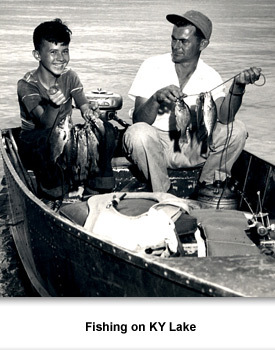 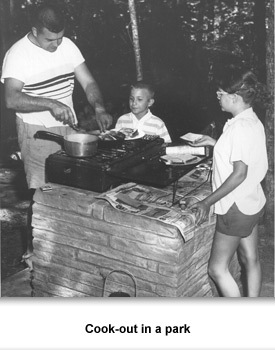 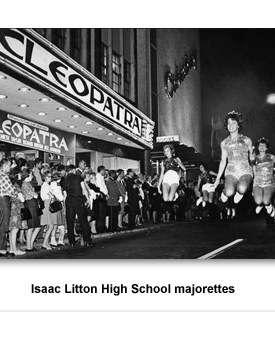 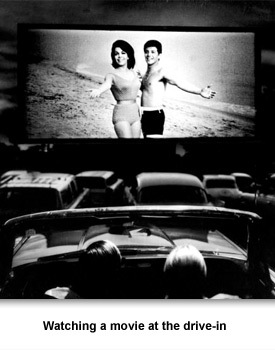 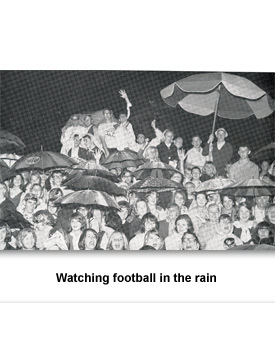 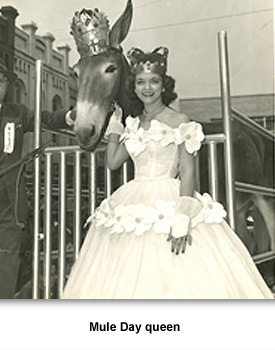 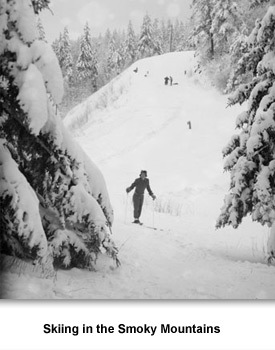 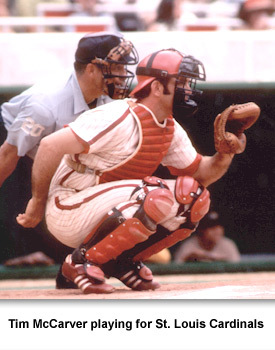 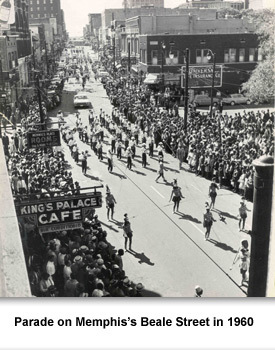 
More leisure time meant Tennesseans spent more time watching television.  Sports activities were popular viewing.  Since Tennessee didn't have a professional baseball team, fans in the state picked other cities' teams to root for.  This included teams in nearby states such as the St. Louis Cardinals and the Atlanta Braves.
Movies
Going to movie theaters continued to be popular in this era. Air-conditioned neighborhood movie theatres abounded, although they were segregated. Whites sat downstairs while blacks sat in the balcony.
Drive-in movie theaters - outdoor theaters with large screens that could be seen from parked automobiles - were also popular. Teens often took dates to places like the Summer Quartet in Memphis where they could enjoy a movie in the privacy of their own cars.
People of all ages saw films by nationally known Tennesseans like Patricia Neal from Knoxville, who played a starring role aside Andy Griffith in the dark, cult-classic movie, “A Face in the Crowd.”
Far surpassing Neal in popularity were two of the more important movie stars of the period, James Dean in the 1950s and Tennessean Elvis Presley in the 1960s. Young people often imitated them, slicking back their hair, and wearing blue jeans, t-shirts, and leather jackets.
Vacations
The automobile and passenger airplane allowed more and more Tennesseans to travel to vacation spots like the popular Disneyland in California.  Families often planned vacations to nearby places which could be reached in a day’s drive. These included Gatlinburg, the Smoky Mountains, Rock City in Chattanooga, and Memphis.
Memphis businessman Kemmons Wilson came up with an idea that proved very popular and very profitable. During a family trip to Washington D.C., Wilson had a hard time finding decent motel rooms for his family. He decided travelers needed better lodging with comfortable rooms with televisions and air conditioning, restaurants, and swimming pools.
In 1953, Wilson joined Memphis businessman Wallace Johnson to build a chain of motels called Holiday Inn. All the motels would be similar so people would always know what to expect when they stayed there. He made the plan available to investors who would actually run the property. But in order to keep the name, Holiday Inn, they had to meet the corporate company's standards.
Children’s activities
Many leisure activities surrounded children. As parents had more money and more time at home, they wanted organized activities for their children. Elementary schools and organizations like the YMCA held arranged sports leagues for children.
Groups like the Boy and Girl Scouts continued to be popular during this time. Camp Boxwell, a Boy Scout camp with 1,273 acres, opened near Gallatin in the 1950s with the first summer camp held in 1960.
The Middle Tennessee Girl Scouts opened Camp Sycamore outside Ashland City in 1958. At that time the council served just over 8,000 girls. Troops were segregated at this time. Josephine Holloway helped organize the first African American troop in 1942, and was later hired by the Middle Tennessee Council as the advisor for black troops.  In 1962, the council disbanded the separate district for blacks.  Integrated camps were held afterwards..


Sports became more important in this era as technology gave fans more options. People could listen to games on the radio, watch them on television, or even drive and attend the games in person. Football, both in schools and colleges, was a very popular sport.
Both blacks and whites enjoyed the fruits of economic growth after World War II. But they spent their leisure time in separate areas since segregation was still the norm. It was this noticeable segregation that helped spur the Civil Rights Movement.