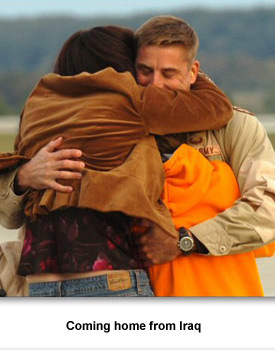 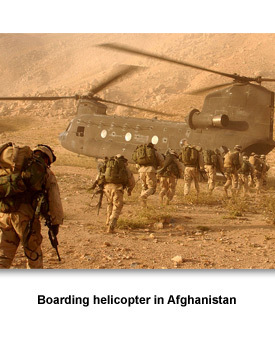 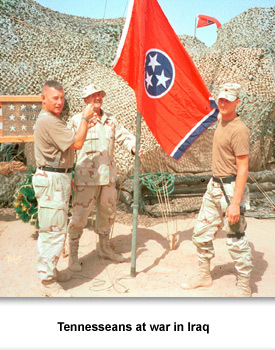 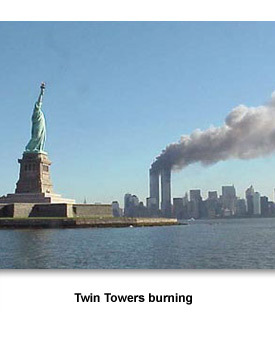 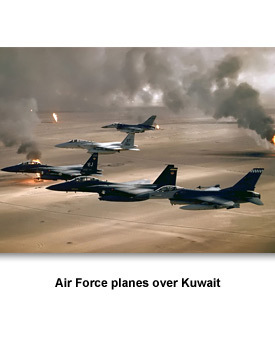 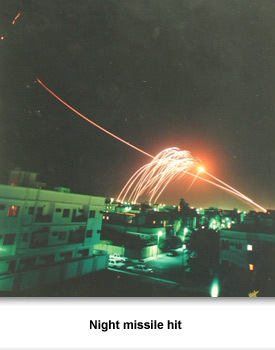 In this era, like other times, Tennesseans joined the military and went to war in the country’s defense.

In 1990, Iraqi leader Saddam Hussein, his country’s funds depleted by an eight-year war with Iran, accused Kuwait, a much smaller, but rich country nearby, of conducting economic warfare against Iraq. Actually, Iraq owed Kuwait $14 billion, and Kuwait had refused to go along with Iraq’s plan to raise funds through increasing oil prices.

Iraq invaded Kuwait in August 1990 and seized their oil fields. The United Nations declared the Iraqi annexation of Kuwait void, and gave them a deadline of January 15, 1991, to leave Kuwait. When they did not withdraw, coalition forces, led by the United States, began a bombardment of Iraq and Iraqi forces in Kuwait on January 17, 1991.

More than 3,600 Tennessee National Guardsmen served during this war. The state’s air guard had six units while the army deployed 17 units. Tennessee’s 196th Field Artillery Brigade was one of only two guard units to see combat. Tennessee’s 212th Engineer Corps was one of the first U.S. units to enter Kuwait.

This war saw the use of new technology. Laser-guided bombs and missiles were launched from airplanes, surface ships, and submarines. They destroyed defense centers, electrical stations, and radar systems.

Ground forces moved into Kuwait on February 24 and by February 27, coalition forces had forced the Iraqis out. But U.S. President George Bush made the decision not to continue the war into Iraq, so Hussein was able to stay in power.

War on Terror
On September 11, 2001, the al-Qaeda terrorist group attacked the United States through terrorist attacks. On that day, al-Qaeda operatives hijacked four airplanes and flew two of them into the World Trade Center in New York, causing the buildings to collapse.

Another plane was flown into the Pentagon causing death and destruction there. A fourth hijacked plane, on route to an unknown target in Washington, D.C., crashed in Pennsylvania when the passengers attempted to take back control of the plane. A total of 2,976 people died on that day.

Tennesseans, like all other Americans, were shocked by the violence of September 11. Although Americans had died in other terrorist attacks, this was the first large-scale terrorism attack on U.S. soil.

President George W. Bush, the son of the first President Bush, declared this a War on Terror.  As part of this war there was a Coalition attack against Iraq with the purpose of removing Saddam Hussein from power. This began on March 19, 2003. Hussein was captured and later executed by the new Iraqi government, but U.S. troops were required to stay in country to keep the inter-sect violence down.  A withdrawal date for U.S. combat forces has been set for 2011.

Tennessee guard units also participated in the initial stages of the Iraq war. The 730th Quartermaster Company, the 267th Military Police, and the 46th Engineer Battalion were some of the first units to cross into Iraq.

Tennesseans in both the regular military and the guard have continued to be active in the Iraq and Afghanistan wars. The Bush administration revised rules that limited call-ups of guard units to 24 months every five years. Because of the demands on the military in fighting two wars, guard units were needed more often, serving two or three tours.

This has put a strain on families whose loved ones have to serve in repeated deployments overseas. The 278th Regimental Combat Team, based in Knoxville, spent 18 months in deployment, training in Mississippi and California before going to Iraq in 2004. Ten soldiers from that unit died in Iraq.

Other Tennessee units served in non-combat roles. For example, a 64-person unit was sent to Afghanistan in 2009 for a one-year tour of duty to help vitalize agriculture in one of the countries provinces. The unit, the 1-164th Agribusiness Development Team, will help in fruit, vegetable, and livestock production, along with water management and other aspects of farming.